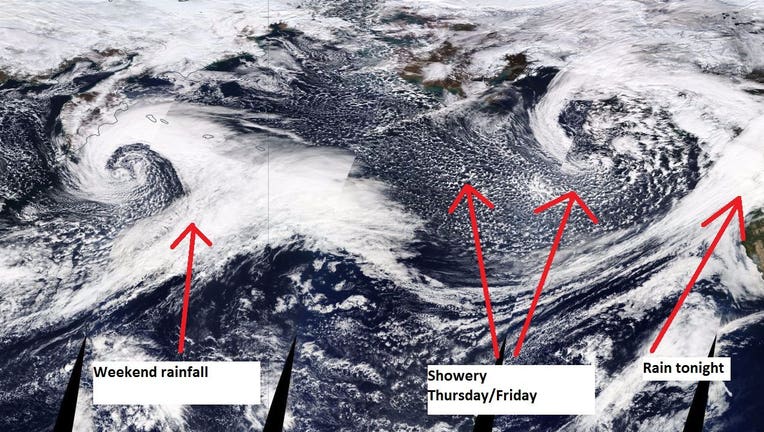 SEATTLE -- Tens of thousands of people were without power Wednesday and Wednesday as trees and tree limbs came down during high winds.

Officials say over 54,000 customers were without power at one point as a wind and rain storm blew through Western Washington.

The National Weather Service in Seattle on Wednesday issued high wind warnings on the coast and north of Seattle from Everett to Bellingham while wind advisories were issued from Seattle to south of Centralia.

Authorities were reporting downed trees and power lines throughout the region, including one that was blocking two lanes of Interstate 5 south of Seattle.

Tacoma Fire said a branch of  falling tree struck a man at North 5th and I Street in Tacoma and he was rushed to the hospital with injuries. But a spokesman said the injuries were not believed to be life threatening.

Here is the link to the PSE outage map.

The Skokomish, Skagit, Stillaguamish and Nooksack rivers were all at risk for minor flooding.


The Grays Harbor Public Utility District said power was lost to more than 5,600 customers in Montesano at one point, but was later restored.

Here is the link to its outage map: https://outagemap.snopud.com/