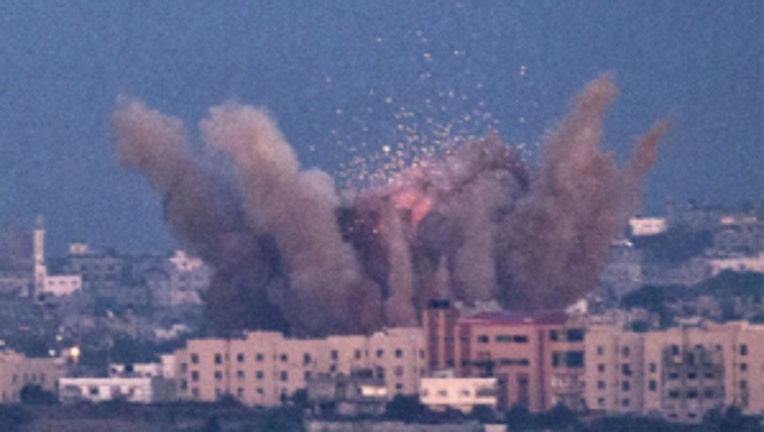 Smoke billows from a spot targeted by an Israeli airstrike in Gaza on Nov. 15, 2012. (Photo: CNN)

GAZA CITY -- Israel made good on its threat to give Hamas leaders in Gaza Strip a rough night, pounding the territory with near-constant airstrikes.

Israel said Friday morning that it launched more than 150 strikes overnight against Hamas’ mid-range rocket launching posts and weapons depots, including a facility in Khan Yunis that exploded after being struck. Other targets included a power generator near the home of Hamas Prime Minister Ismail Haniyeh, according one Israeli report.

Officials said the assaults resulted in a sharp decline during the night in rocket attacks by Gaza militants into southern Israel, but on Friday morning a rocket struck an Ashdod parking lot, causing damage but no injuries.

Hamas claimed that it downed an Israeli drone over the coastal strip, but Israel Defense Forces denied the report.

By sunrise Friday, Gazans awoke to begin surveying the damage and to wonder which way the conflict would turn, with many bracing for a further escalation.

Israel’s defense minister, Ehud Barak, Thursday night approved the calling up of as many as 30,000 reservists, raising the specter of a possible ground invasion.

Some hoped that a planned visit late Friday by Egypt’s prime minister, who was expected to bring a delegation to the Gaza Strip as a sign of solidarity with the Palestinian people, might bring a lull in the Israeli airstrikes.