It's one of those stories that's just too good to check out: a pod of heavily armed dolphins escape their Ukranian military handlers and set off in search of romance.

The Ukranian Defense Ministry has flatly denied a Russian news service report that three elite bottle-nosed dolphins are AWOL somewhere in the Black Sea in search of mates and may even have knives or pistols attached to their heads. 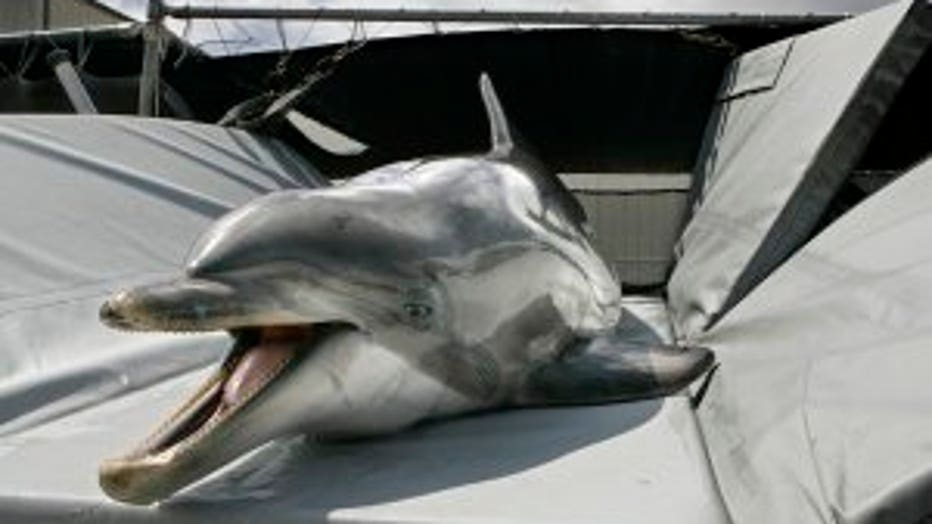 Lest anyone worry that such a cetacean mutiny could occur in the ranks of the U.S. Navy, Americans can take comfort in the fact that the Pentagon is phasing out its use of dolphins and sea lions in combat.

Late last year, Navy officials announced that the mammals would be replaced with less costly, remote-controlled robots. The phase-out, which was expected to be completed by 2017, follows five decades of service by Navy dolphins.

Of course, if it were possible for armed dolphins to escape and wreak havoc in international waters, some people might be more worried than others. Particularly those Solomon Island villagers who've made a name for themselves by killing or capturing hundreds of dolphins over the years.