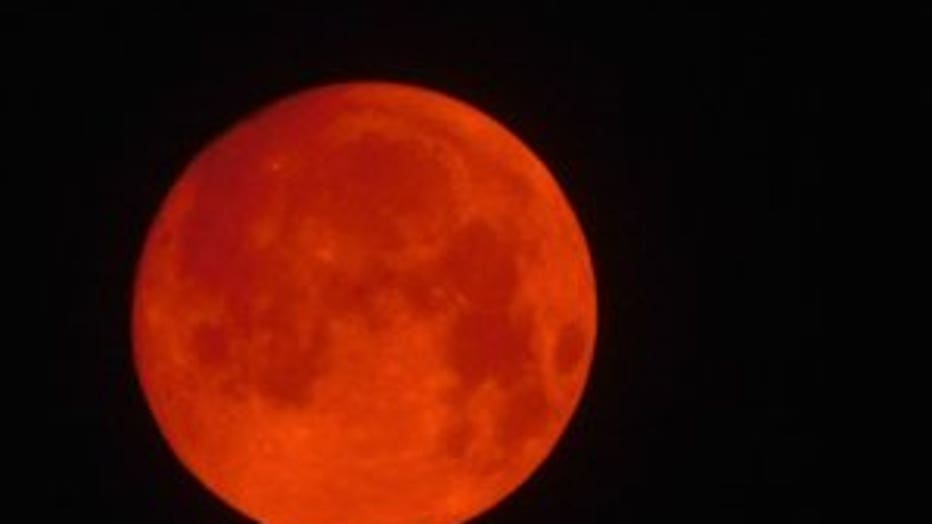 SEATTLE -- Tuesday morning began in the 70s for parts of western Washington under a thick layer of smoke from wildfires burning in the Cascades and eastern slopes. The moon appeared deep red and orange in the smoky sky.

The very dry, hot, air is in place for another day, but because of smoke the forecast has been lopped off a few degrees.

NWS has maintained the Heat Advisory or parts of western Washington until 10 p.m. Tuesday. High temperatures will surge into the 80s with the smoke cover.

Overnight, a change to onshore wind will bring much cooler temperatures to the coast and begin to push the wildland smoke back towards the Cascades.

The cooling inland will be minimal on Wednesday but at least 5 to 8 degrees of cooling will hold high temperatures in the low to mid 80s.

Wednesday night into Thursday morning a stronger marine push, plus remnants of a storm (Tropical Storm Lidia) , will spark a slight chance of a thunderstorm near the coast and some very light rain showers inland.

High temperatures Thursday and Friday will only rise into the low 70s with a few light showers.