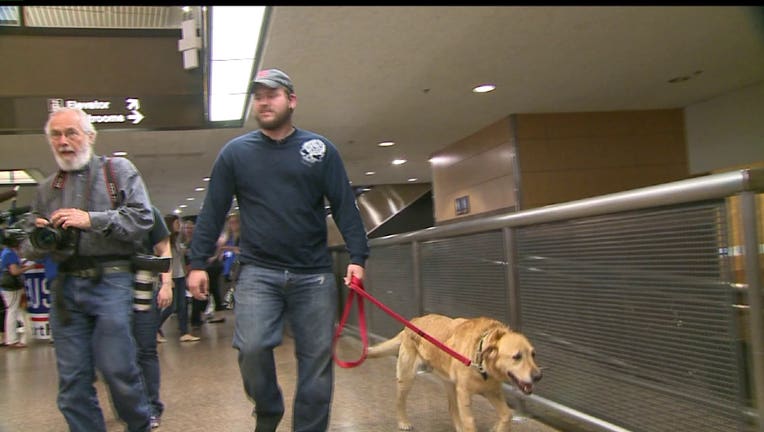 SEA-TAC INTERNATIONAL AIRPORT, Wash. -- A Marine who spent seven months in Afghanistan with his "buddy," an explosives-detecti0n dog named Thor, were reunited Thursday for good in a heartwarming meeting that brought some to tears.

"For seven months straight, I didn't go anywhere without him," former Marine Sgt. Deano Miller said as he waited for Thor, a yellow lab, to arrive at the airport.

Since then, Miller, who grew up in Tacoma, has been hoping to someday adopt Thor.

On Thursday, he waited by the airport's flight board -- and finally saw Thor being brought down an escalator, his tail wagging.

"Hey, buddy!" Miller said, bending over to greet his friend. But Thor had another, immediate interest.

Miller applied to adopt Thor three years ago. And then he got the call -- the lab was his.

The woman who brought Thor from Texas, Kathileene Anderson of Mission K9 Rescue, watched the reunion and was brought to tears.

"It feels good," she said, wiping her eyes. "And for our military."

Miller was asked what was the first thing he and Thor were going to do together.

"We're probably going to go to PetSmart or something, just spoil him, go home and relax," Miller said, smiling.

But now he's retired -- and a man's best friend. 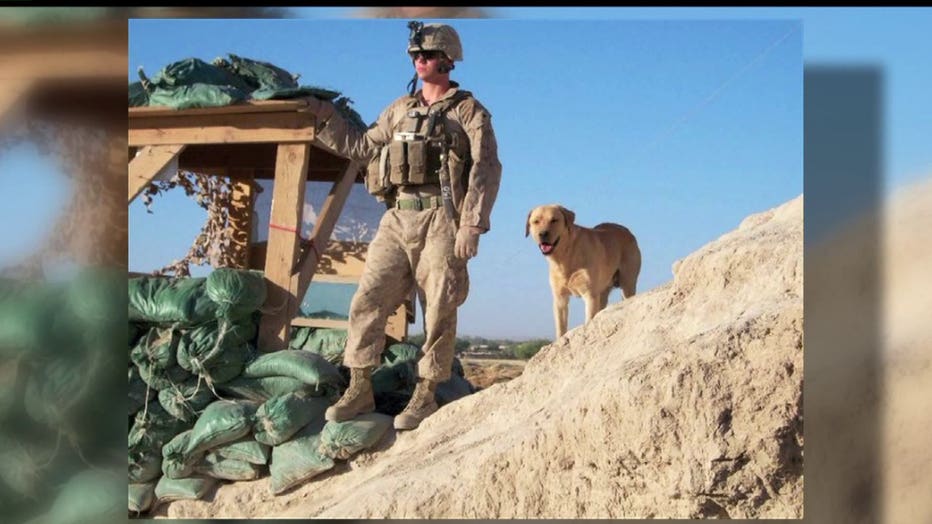