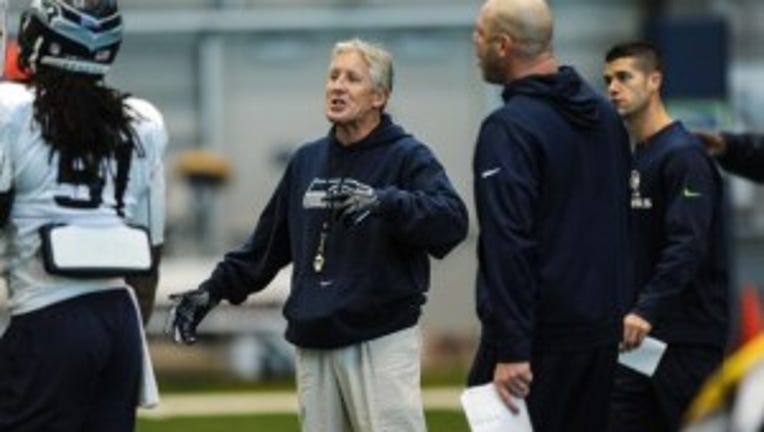 SEATTLE -- For the first time this season, all of the Seahawks on the active roster will be available to play Sunday when Seattle faces the Dolphins. The Hawks are a 3-point favorite over the 4-6 Fins.

The 6-4 Seahawks went through their final full practice in Renton Friday and then flew down to Miami. Every member of the 53-man roster practiced.

“We’re really pleased that we have everybody available,” coach Pete Carroll said. “Sometimes you’re just kind of scrambling to figure out who you’re going to put up, but that’s not the case right now. Our hope is that it keeps us competitive at practice, it keeps everybody busting it and we’re able to practice hard because we have all of our numbers.

“Hopefully all of that adds together and allows us to elevate our play going into this final stage of the season.”

James Carpenter continued to work at left guard with the No. 1 offensive line Friday after missing the past two games because of a concussion. Carroll said whether Carpenter or John Moffitt starts will be a game-day decision.

Defensive end Red Bryant returned to practice after sitting out on Thursday to rest a sore foot, and Carroll said it looks like Bryant will be able to play.

Sunday’s game features two of the quarterbacks selected in April’s NFL Draft –the Seahawks’ Russell Wilson (third round, 75th overall) and the Dolphins’ Ryan Tannehill (first round, eighth pick overall). Wilson has a quarterback rating of 90.5, 12th in the NFL, while Tannehill has a QB rating of 70.3 – 30th in the league.