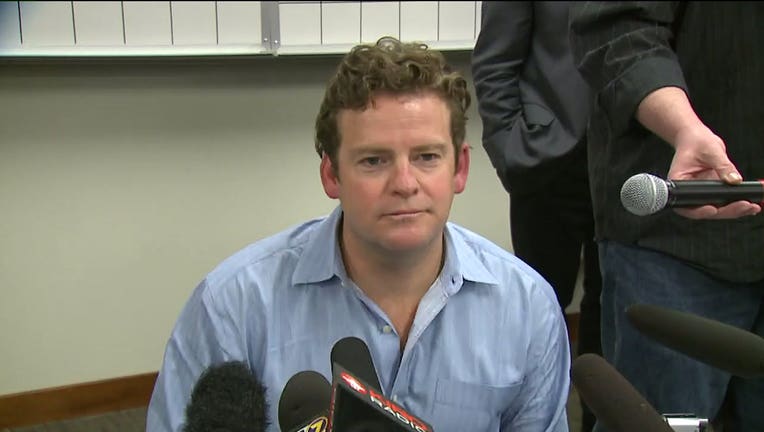 Seahawks GM John Schneider talks to reporters after the first round of the NFL Draft. (Photo: KCPQ-TV)

RENTON, Wash. -- The Seattle Seahawks traded their first-round pick in the NFL Draft Thursday night to the Vikings in return for Minnesota's 2nd- and 4th-round picks.

"We were blessed," Seahawks general manager John Schneider said at a news conference later. "That’s exactly what we were hoping for. We were talking with a number of teams right there at the end. And Minnesota stayed with it and so we did it with them."

As things stand now, Seattle will have seven picks over the next two days.

"There were some good players (left toward the end of the first round) there, but we had an opportunity to have another fourth-round pick, another player. We saw value in the trade. Now you just got to see how tomorrow goes."

Schneider said he had talked to about five or six teams about trading the Hawks' 32nd pick in the first round.

In case nothing worked, "We had a name in New York, ready to go," he said.