The before and after pictures of a Red-Tailed Hawk are hard to believe, after wildlife rescuers nursed the bird back to health following a devastating crash into a truck.

LYNNWOOD, Wash. - The before and after pictures of a Red-Tailed Hawk are hard to believe, after wildlife rescuers nursed the bird back to health following a devastating crash into a truck.

The hawk was pulled from the front grill of the vehicle, and went on to make a stunning recovery after spending a couple of weeks at the PAWS Wildlife Center in Lynnwood.

"It was unable to fly, it was hemorrhaging from its mouth," said Jeff Brown, Wildlife Naturalist, PAWS Wildlife Center, Lynnwood.

This is the photo of what the hawk looked like after it first struck a truck near Duvall. 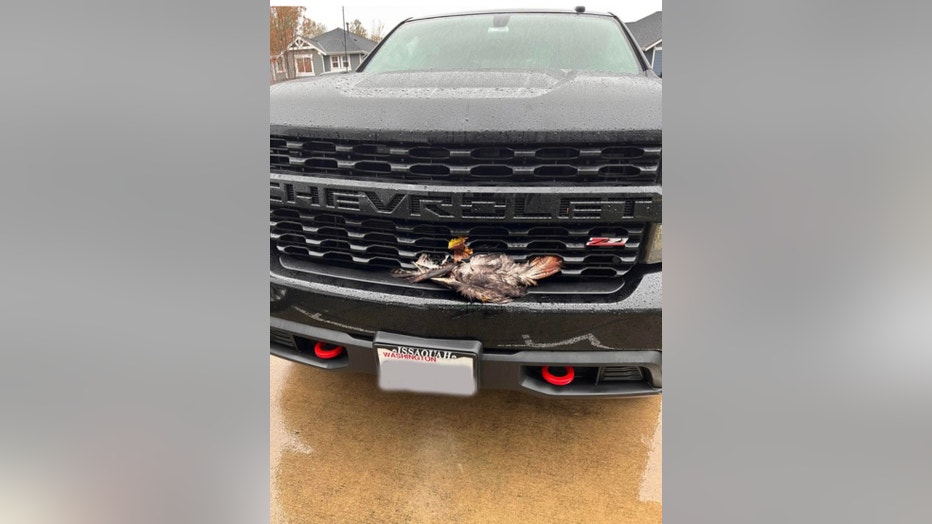 "Pretty dramatic to see what it looked like before it was rescued and removed from the grill." said Jeff.  "As you can see from that second photo, definitely stunned."

The driver called for help and Washington Department of Fish and Wildlife responded, quickly transporting the hawk to the PAWS Wildlife Center team. 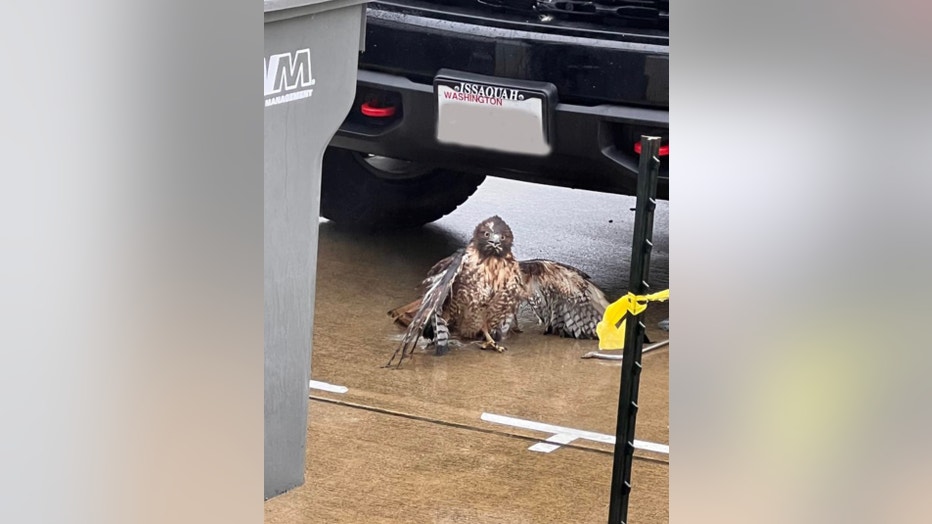 "They were pretty integral in saving the hawk for sure," said Jeff. "A law enforcement officer did respond, rescued this hawk, got it in a safe spot, and transported it to us very quickly, so we could provide stabilization care."

X-Rays showed that fortunately, there were no orthopedic issues, like broken bones. 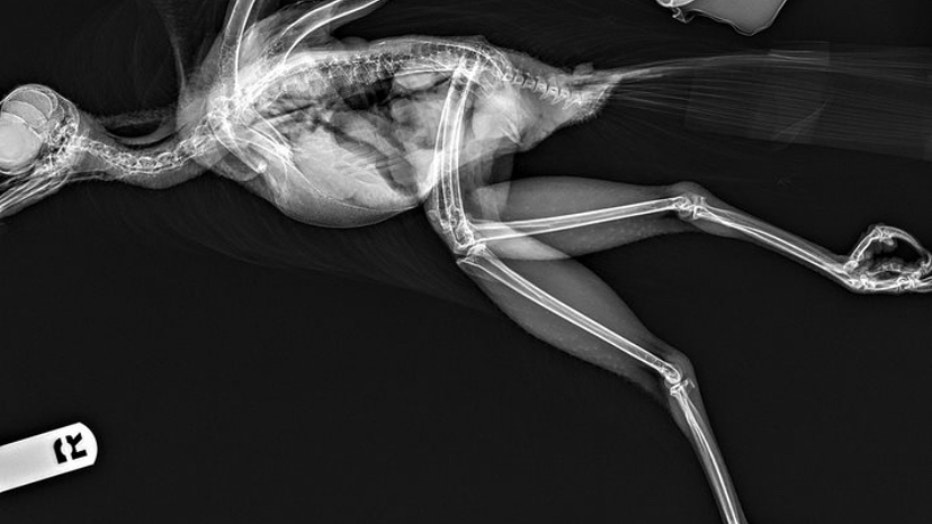 "Really it just had a lot of bruising around its spine, so our staff just made sure that we managed its pain," said Jeff. "About 10 days into care we started noticing it started taking some short flights, and we were pretty excited about that."

The staff began doing test flights with the bird and about 8 days later, it was ready for a triumphant release.

WDFW officers told the PAWS staff where the bird was found initially.  It was set free in its home territory.  To their delight, the hawk immediately found what appeared to be its mate.

"It was another adult Red Tail Hawk, they flew next to each other, they started vocalizing. One would land in a tree, the other would land next to it.  .. that was pretty cool," said Jeff. 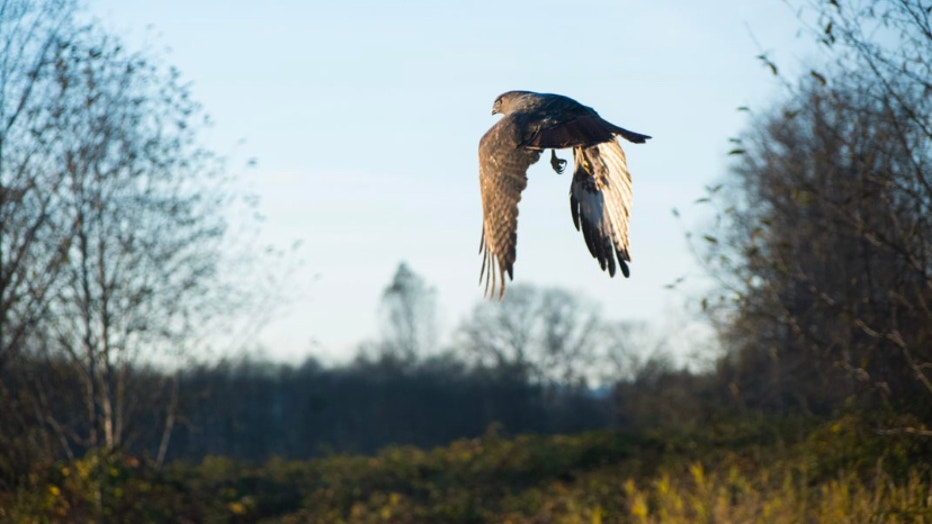 Jeff says rescuers want the public to know that birds like the hawk can be saved, and he encourages you to call PAWS or wildlife officials if you find an injured animal.

"An animal that is hit by a vehicle is not necessarily dead, or it’s not a death sentence. We are able to rehabilitate them successfully," said Jeff.

He says everyone who played a role in the rescue provides a great example of how the community supports one another and its wildlife.

"Someone cared enough about what should be done, could be done for the hawk and WDFW got it up here and our great staff and our donor base allowed it to happen," said Jeff. "It gives me a lot of pride to live in Western Washington to see how our community responds in these cases." 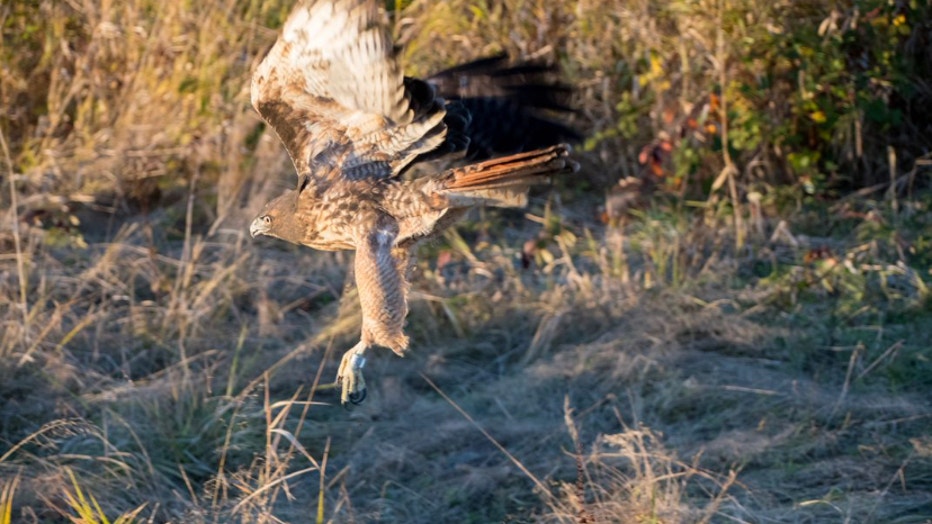