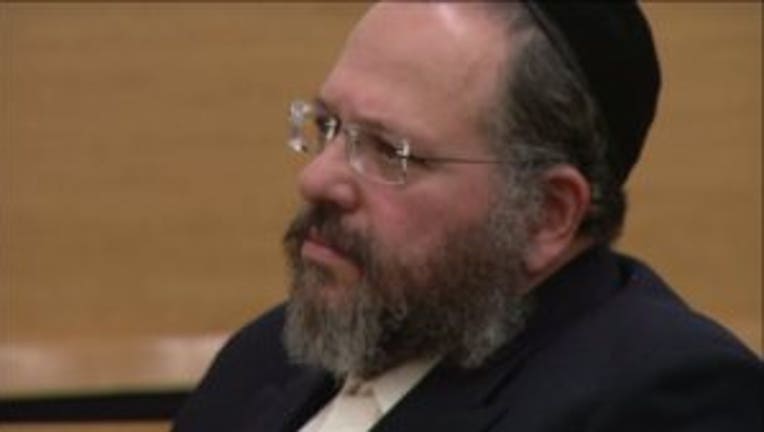 NEW YORK -- With her voice quivering and her slender body shaking, an Orthodox Jewish teen who said she was repeatedly violated and sexually tormented by her community counselor in Williamsburg, N.Y., starting when she was just 12, bravely asked a judge  to bring this “monstrous perpetrator” to justice.

Judge John Ingram did not fail her, sentencing 54 year old Nechemya Weberman – a father of 10 – to 103 years in state prison, noting of the beautiful, blonde victim “Her youth was taken away from her.”

The victim, now 18, stood just six feet from her convicted molester, as she emotionally recounted three years of being forced to perform sexually deviant acts in the counselor’s home office, which had three locks on the door. The girl was ordered into therapy in 6th grade, when she dared to question the strict dress code of the Satmar Hasidic community in Williamsburg.

Her parents paid Weberman $150 a session, and the girl testified instead of counseling her, he forced her to perform a sexual act the first time she sought treatment.

“I think back to the years of my ordeal,” she said. “I saw a girl who didn’t want to live in her own skin, a girl who couldn’t sleep at night … when images of the gruesome invasion of her body kept playing in her head ... performing sickening acts for his sick sense of pleasure,” she said.

Weberman’s defense attorney, George Farkas – who plans to appeal the conviction – told the court: “Nechemya Weberman is innocent of the crimes charged.”

When Weberman,  who unsuccessfully took the stand in his own defense, was given a chance to address the judge, he said just three words: “No, thank you.”

When Ingram sentenced Weberman to 103 years in prison – out of a possible 117 years he faced – the teen girl wept from a front row seat in the courtroom, her new husband by her side. The teen married several months before the trial began.