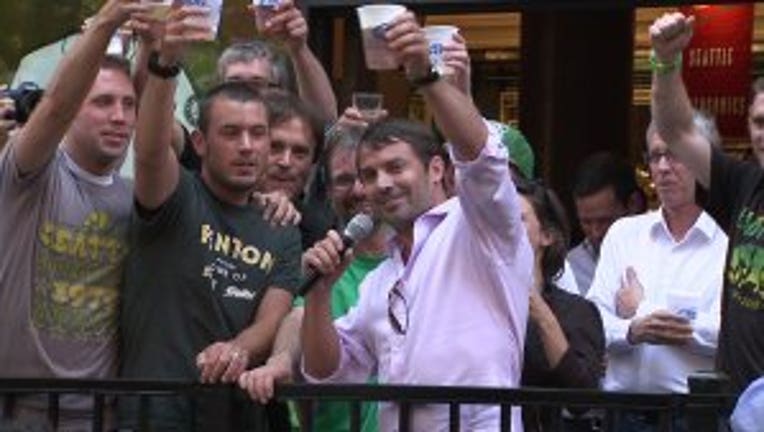 SEATTLE -- Chris Hansen's message today on sonicsarena.com will ease those in the city who may have felt hope for an NBA team was lost after Wednesday's relocation vote.

Hansen mentioned he knew when efforts began in 2011 that bringing an NBA franchise back to Seattle would take some patience.

Regardless, he plans to continue the fight to bring a team to Seattle.

"We will continue to press forward with our Arena plans with the same commitment and effort we have over the last two years, and look forward to working with the City and County to see the project through the hurdles that remain," he said.

Hansen added that he plans to continue working with the NBA regarding opportunities to return a franchise to the city and that the group is as dedicated as ever to return Sonics basketball to Seattle.

In his message, he thanks everyone who has helped get them to this point. He also recognized the fans in Sacramento who fought to keep the Kings.

"This was never about Seattle fans versus Sacramento fans, and it goes unsaid that there is a mutual respect given the circumstances we have both been through," he said.

He concludes by asking Seattle to keep the Green and Gold alive because the fans have proven without a doubt, they deserve to have an NBA team back in Seattle.