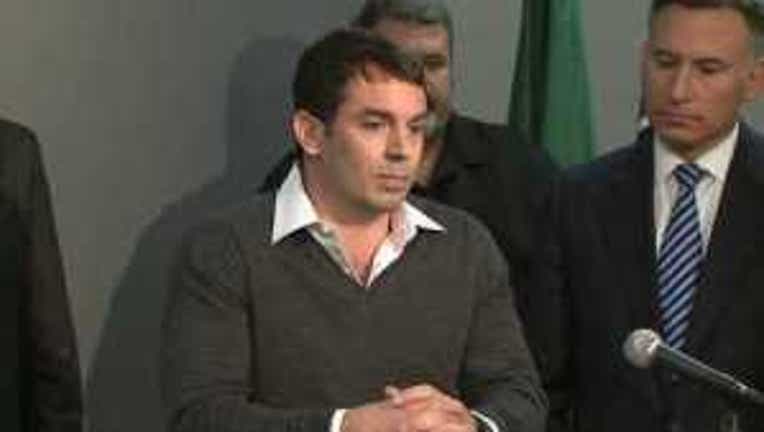 MINNEAPOLIS -- NBA Commissioner David Stern said Wednesday night that “a very strong group from Seattle" already has applied to the NBA to move the Sacramento Kings to Seattle for next season.

During a news conference in Minneapolis, Stern was asked about the possible sale of the Kings to Chris Hansen and the team’s movement to Seattle to become the new Sonics.

Hansen's group has agreed to buy the Kings for $525 million from the current owners, the Maloof family; the purchase must be approved by the NBA Board of Governors when the board meets in April.  But Sacramento Mayor Kevin Johnson said he is putting together a group of investors to present to the NBA that would keep the team in Sacramento.

"The latest with the Seattle/Sacramento situation is that we have submitted a signed agreement for the team to be sold to a very strong group from Seattle," Stern said. "We have received an application to have the team moved from Sacramento to Seattle.

“I have convened the appropriate committees and told them that as we get more information and more data we will be sending the information to them because they will have to make a recommendation to the board, which will likely decide the issue, both as the sale and the move, at our board meeting in April.

“The mayor of Sacramento has advised that he will be back to us soon with a proposal from a group to buy the team in Sacramento and build a building in Sacramento with a substantial subsidy from the city of Sacramento. We're abiding events.

“The Seattle application is to play in Key Arena-- probably for two years, possibly three. There is no final approval with respect to a new building in Seattle but events are well under way moving in that direction. They don't currently have a building, but they propose to improve Key as a temporary facility while a new one is being built. My guess is it's likely that the mayor of Sacramento will appear before the board with an alternate plan. That's why we have a board of governors, to make difficult decisions like this one."

Stern was asked how likely it is that the Kings will remain in Sacramento.

"I don't think it's a bidding war. There's a series of issues that are defined by our constitution that have to be considered. One of the things that our board is mandated to consider is the support for the team in the prior city. There are real issues for the board to consider; about buildings and the likelihood they'll be built, about the support in both cities. I think I might have helped compose the standards, but sitting here today I can't remember what they are. There are a lot of them.

"Actually, to confuse it just a little bit, the application for a transfer (sale) requires a three-quarter vote, and the application to move requires a majority vote," Stern said. "I did the sensible thing, combined the committees and said, 'You guys figure it out.'”

Wednesday night, Johnson, the mayor of Sacramento, tweeted, "Sacramento is playing to win. For 28 years, we've proven time and again to be a top NBA market." He added a bit later, "Sacramento is ready to show what a great one-team market can be, should be, and is."