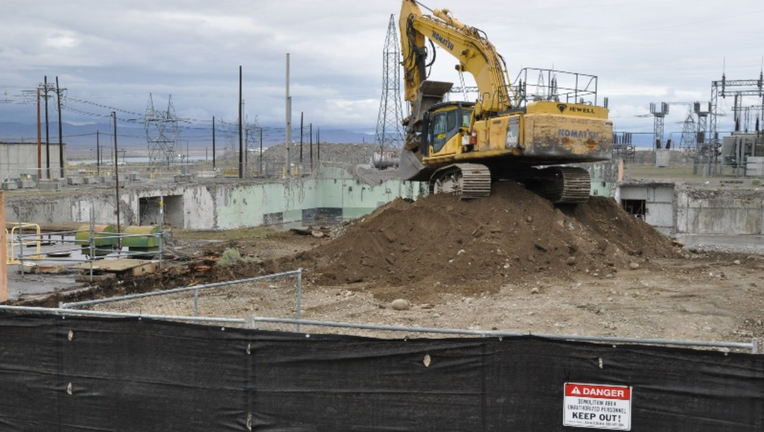 According to Hanford Site, the Central Plateau Cleanup Company (CPCC) began bulldozing the storage bunker near the former K West Reactor after recently removing thousands of gallons of excess water and foul oil. Hanford officials say the project is part of ongoing efforts to reduce risk to the nearby Columbia River.

The Hanford Site, located in Benton County along the Columbia River, produced almost two-thirds of the plutonium used in nuclear weapons from World War II through the Cold War. The site is 580 square miles, with 56 million gallons of radioactive waste stored in 177 underground tanks, some of which have been leaking for years.

According to the Washington State Department of Ecology, tank B-109—built roughly 75 years ago—leaks around 3.5 gallons of radioactive waste per day, or 1,300 gallons per year. Other tanks are estimated to have leaked 200,000 gallons into the soil, which has already soaked in around a million gallons of waste.

It represents one of the U.S. Department of Energy's most complex challenges, and costs the country billions every year to clean up.

US government works to ‘cocoon’ old nuclear reactors in Washington

Costs to clean up a massive nuclear weapons complex in Washington state are usually expressed in the hundreds of billions of dollars and involve decades of work.