A nine-year-old from Ohio earned himself free fries for a year at a local McDonald’s restaurant thanks to a custom-made costume.

DELAWARE, Ohio - A nine-year-old from Ohio has earned himself free fries for a year at a local McDonald’s restaurant thanks to a custom-made costume that transformed him into the beloved treat.

The effort was rewarded when the fast-food chain threw Blake and his family a Halloween party.

In a video, provided by Storyful, Blake is seen dressed up in a french fries outfit, while his younger brother Chance accompanies him as a packet of ketchup. In addition, the video features Ronald McDonald congratulating Blake on his costume, before presenting him with a certificate confirming his free fries. 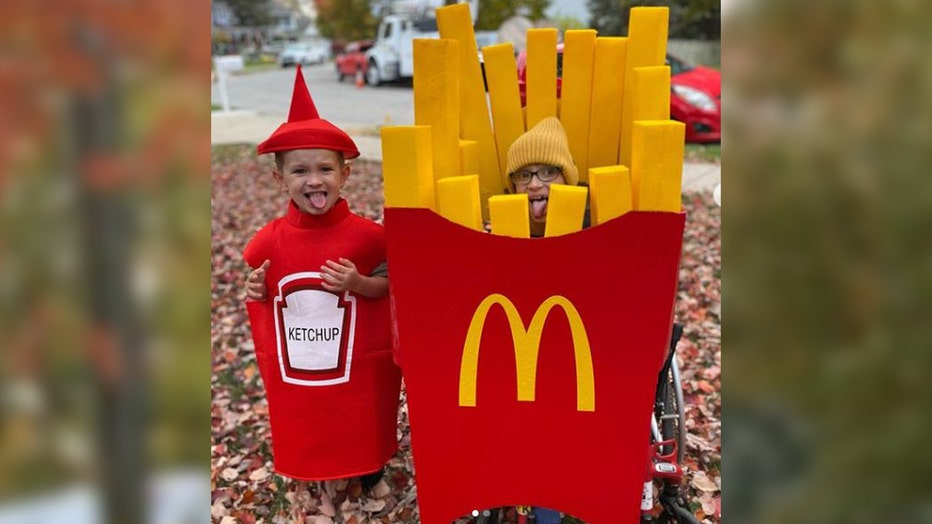 Blake is dressed up in a french fries outfit, while his younger brother Chance accompanies him as a packet of ketchup.

"He was pretty excited," Blake’s mother Megan Mompher told FOX Television Stations. "We always stop and get him french fries and milkshakes after his doctor appointments at nationwide children’s hospital so he’s always been a McDonald’s fry fan! He did say ‘I knew it!’ when they gave him the year of free fries!"

The Mompher family from Delaware has made a point of making custom outfits for nine-year-old Blake, who has had Spina bifida, a condition that affects the spine, for the past six years.

Blake has previously been a school bus, fire truck and a local weatherman for Halloween. 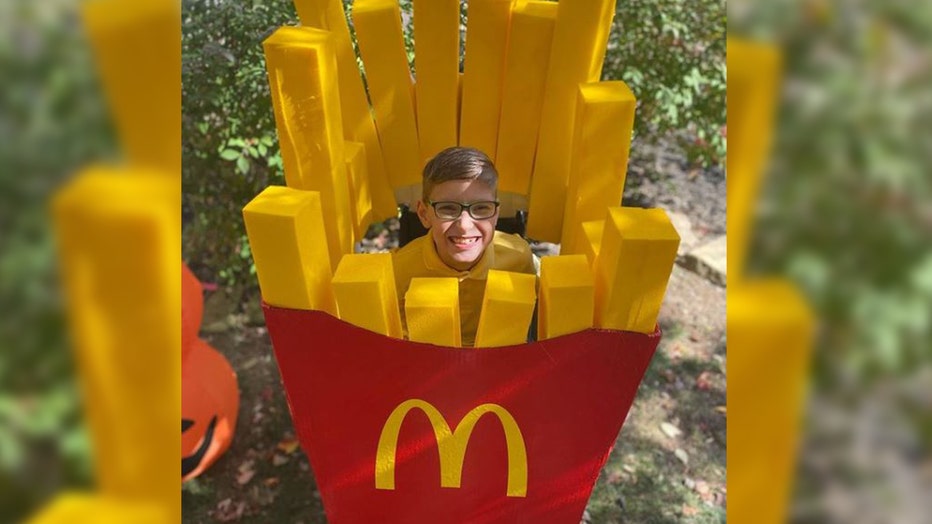 Blake has previously been a school bus, fire truck and a local weatherman for Halloween.  (Aric and Megan Mompher)

"It means a lot to us to see him be excited for Halloween every year," Megan continued. "He just wants to be like everyone else, excited about their well-thought-out costume, get all the candy and have fun. Seeing him happy is what it’s all about!"

Megan emphasized that the family sees Blake’s wheelchair as "part of him and who he is."

She told Storyful, "It’s hard for children in wheelchairs to dress up because oftentimes they are just sitting and you can’t see their entire costume. So, we wanted a way for Blake to be able to show off his costume entirely. It has become our family tradition, it makes Blake happy and it helps spread awareness about Spina bifida."

Megan concluded, "I think Blake is just excited that we can’t say no to getting McDonald’s anymore, at least for the next year or so!! He’s got it free! He’s very excited."

This story was reported from Los Angeles. Storyful contributed.