SACRAMENTO, Calif. (FOX40) -- The man killed in Hoquiam, Wash., in a shootout with SWAT members was wanted in Sacramento County for real estate fraud.

Rick Marlowe was wanted for trying to bilk his ex-wife of  the proceeds of a Rancho Cordova, Calif., home they jointly owned.

According to court records, he forged records and had his current wife, Nina Marlowe, pose as Cathy Marlowe, the joint owner of the house. Cathy Marlowe didn’t find out about the sale until she saw strangers moving into the house.

The couple was never arrested after warrants were filed. They apparently moved to the Hoquiam, Wash., house were the shootout occurred. Officers arrested Nina Marlowe two days ago but the man with her showed them a driver’s license with another name. A shootout and standoff occurred when officers came back the next day.

Marlowe’s daughter, Michelle Toole, informed family members of her father’s death. She said she is glad her estranged father is dead because she was afraid he might show up at his mother’s Sacramento home, where she and her infant daughter live.

“He used to beat my mother. I’ve still got scars and broken bones and things that haven’t healed from his violence,” said Toole.

She also said Marlowe, an Army veteran, was into guns since she was a child and that she was not surprised he died in a shooting.

Court records showed the amount of the fraud totaled $84,000.

The bail amount for four felony fraud charges against the couple was set at $15,000 each. Why Marlowe chose to shoot it out over a white-collar crime remains a mystery. 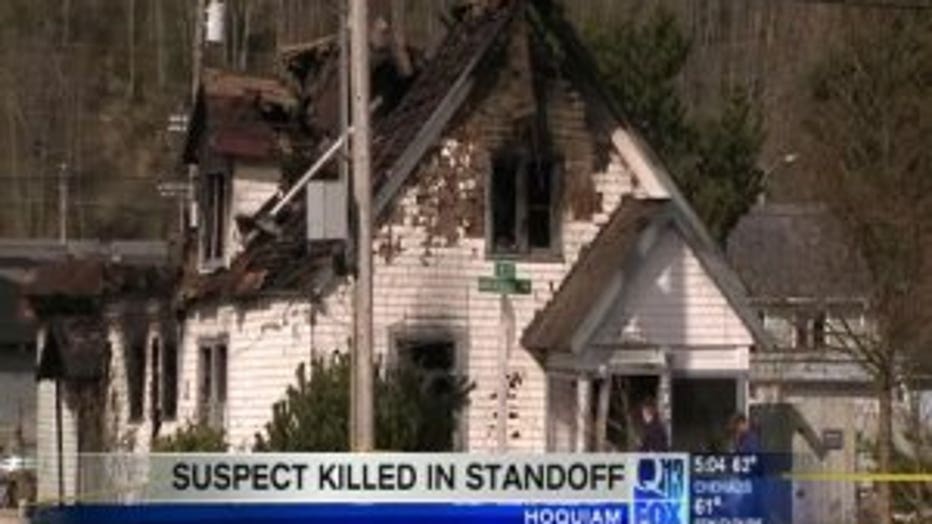