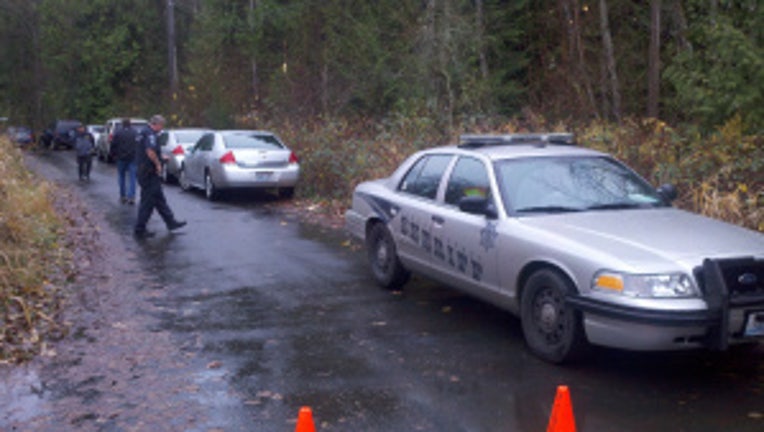 PIERCE COUNTY-- Two masked intruders were shot and killed during a gunfight with a homeowner and alleged marijuana-grow operator Thursday morning in Pierce County.

The men entered a home in the 5900 block of 132nd Street East near Puyallup at around 8 a.m.  Investigators said the home was specifically targeted because it housed a marijuana grow operation.

The homeowner’s 9-year-old son was in the home at the time of the shootout.

Pierce County Sheriff’s Department spokesman Ed Troyer said deputies are sifting through the evidence to find out more about why the crime was committed.

“Two people are dead,” Troyer said. “We have two handguns on the ground, the homeowner’s handgun. We have a 9-year-old who was around when this all happened.”

When deputies arrived at the home, they discovered a loft used as a marijuana grow operation.  The 35-year-old homeowner and his son were not injured in the shootout, but the homeowner is being detained and questioned, on investigation of an illegal pot grow.

“We got out here and found two people in the garage obviously deceased,” Troyer said. “They both had bandannas over their face, hoods on, gloves, backpacks, boots. They were here… they were up to no good.”

Following a quick search of the home, deputies found no other people inside.

The home is in an upscale, suburban area of Puyallup. It’s located on a private driveway with a gate and security system. Detectives said it’s an expensive, secluded home with nice vehicles, boats and motorcycles parked out front.

Neighbors of the normally quiet neighborhood were shaken by the violence.  An area resident who preferred to be named only as Breanne was housesitting just next door when the shots rang out.

“Maybe a break in but not having them be growing marijuana from the house though.” Breanne said. “I’ve never heard any commotion ever.”

“We’re processing the scene as two people have been shot, and we’re also looking at the drug aspect of it,” Troyer said. “So the homeowner may have some issues.”