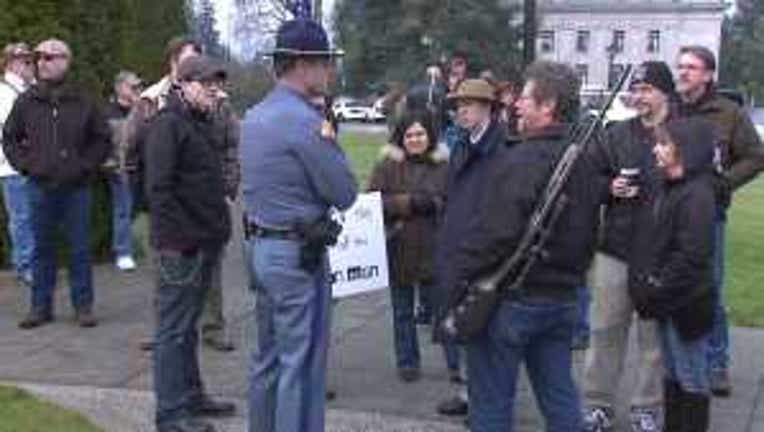 The peaceful event was put on by pro-gun owners, who say they believe it’s important to spread their message about gun ownership in a positive manner.

“People become afraid of guns simply because they don't understand them very well, and the more exposure that you have to proper and responsible gun ownership, the safer everyone is going to be,"  said gun owner Jason Dupea of Tacoma.

Gun-control supporters hope some legislation can pass the Legislature this year in response to the mass killing of children by a lone gunman in a Connecticut school.

According to The Seattle Times, many speakers at the rally in Olympia Friday focused on President Barack Obama and federal efforts to control gun violence, and some shouted to impeach Obama and accused him of committing treason.

Friday’s gathering follows a rally held two weeks ago that attracted about 2,000 supporters.