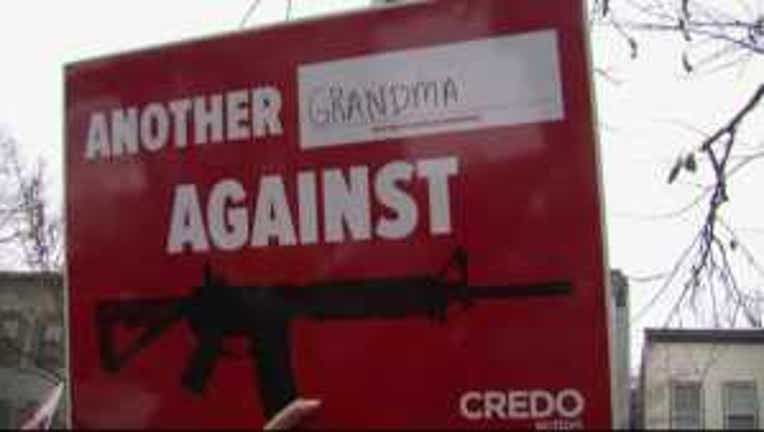 OLYMPIA -- In the aftermath of the tragic shooting in Connecticut last week, many, including the President, are looking at new federal laws intended to prevent future gun violence.

Here in Washington, the same conversation is starting among state lawmakers, including an assault weapons ban.

“These are military assault weapons,” said Sen. Adam Kline (D-Seattle), who is outgoing chair of the Senate Judiciary committee that makes decisions regarding gun legislation. “This is murder of children. It’s allowed because we allow about anyone to have guns.”

The new chair of the Judiciary Committee is expected to be Republican Mike Padden of Spokane Valley. He downplayed the effect of such a law.

“They have an assault weapons ban in Connecticut,” Padden said. “Obviously, that didn’t stop the killer.”

Padden is skeptical that banning assault weapons or of closing the gun show loophole, which allows some gun purchases without background checks, could be effective.

“It’s not to say that nothing can be done,” he said.  “It’s gotta be something that is evidenced based, and so far, you know, I haven’t really seen that.

Padden does, however, favor stiffer sentences for criminals who use guns.

For years gun control legislation has been stalled in Olympia, even though Democrats, who typically supports such measures, have been in control. Some suburban and rural members of the party haven’t been supportive.

“I don’t believe the legislature by itself will act,” said Sen. Jeanne Kohl-Welles (D-Seattle). “There needs to be an impetus from the community and from constituencies of legislator all across the state.”

Kohl-Welles will continue to push gun control legislation, something she has done for nearly 17 years.

“When it gets down to 20 children being mowed down, you can’t any longer say it’s not the gun it's the person,” she said.

One local leader is tired of waiting for Olympia to act. She’s ready to go directly to the people.

“Here’s an opportunity to do what Washington state does best, which is an initiative campaign,” said Tina Podlodowski, a former Seattle City Councilmember. “We don’t have to wait. We don’t have to deal with partisan gridlock. We can actually do this ourselves. So, why not turn this around for something that is incredibly positive for all our citizens.”

Padden believes there’s at least some areas where lawmakers are in agreement.

“One thing that we are quite unified on,” he said, “is the need to really look at our mental health funding and policies, and I know that that could be a highlight for a number of committees.”