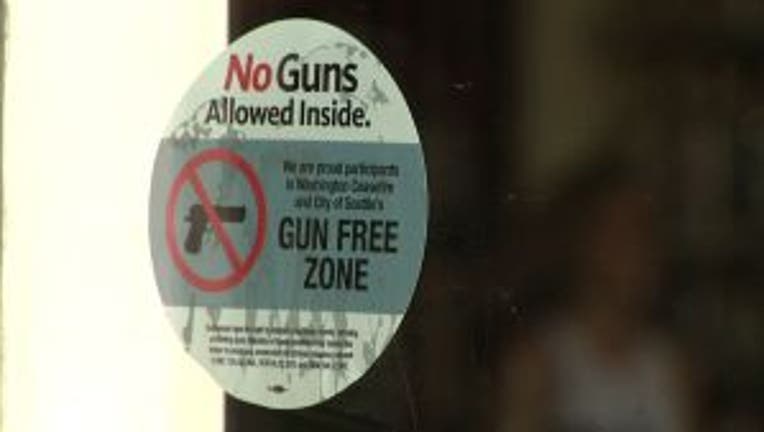 So far, over 30 businesses in Seattle have decided to go 'Gun Free' and that number will likely grow in the coming days. On Monday, Mayor McGinn and supporters announced a new plan to institute gun-free zones at area businesses. Everyone from ice cream parlors to yoga studios have signed up.

The move is a response to recent violence in Seattle and a lack of action from D.C. and Olympia.

Gun advocates don't like the new plan saying that it attacks their way of life. This morning we will have live reports on the new gun ban and ask people what they think.