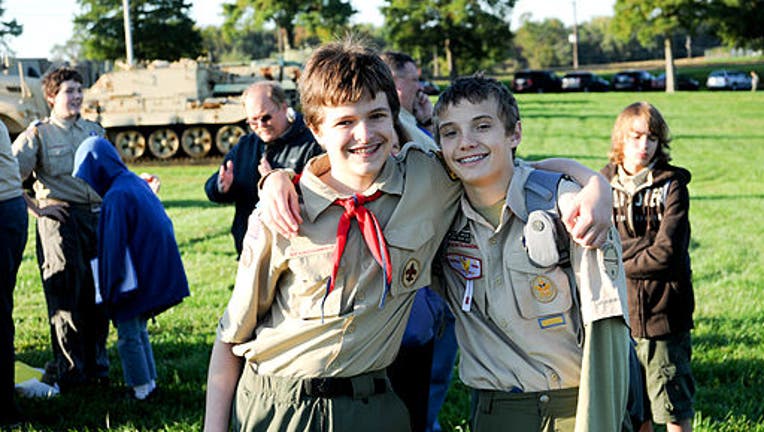 IRVING, Texas -- Several hundred Boy Scouts, parents and supporters gathered outside Boy Scouts of America national headquarters in the Dallas suburbs Wednesday to rally against lifting the ban on gays in Scouting.

They came toting American flags and homemade signs that proclaimed “Don’t invite sin into the camp!,” "God votes no on gays!" and “Save our boys from homosexual acts!”

When news broke that the group’s national board, meeting at a nearby hotel, had voted to postpone a decision on the ban until May, organizers made an announcement that was greeted with applause. No one emerged from the building to address the crowd, but a security guard standing outside next to a statue of a Scout distributed copies of an official statement.

“The BSA have decided not to change their policy,” organizer Jonathan Saenz, president of the Austin-based Texas Values conservative advocacy group announced. “We still have a lot of work to do.”