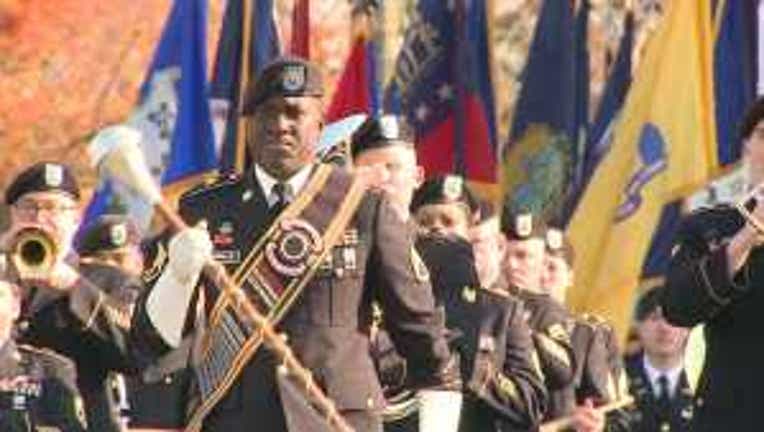 (AUBURN, Wash.) The City of Auburn hosted one of the largest Veterans Day parades in the country Saturday.

And though hundreds of people came out to honor the sacrifice of military men and women, the parade wasn't without controversy.

Veterans for Peace, a non-profit group of veterans devoted to increasing public awareness of the cost of war, took part in Auburn's annual parade, angering some.

"They disgust me," said veteran Jack Kael. "I think they degrade from those who put their life on the line."

The group was denied a permit to march earlier this year by Auburn officials. But the American Civil Liberties Union took the group's case to court, and a federal judge ruled that the veterans' group should be allowed in the parade.

Mike Dedrick, a member of Veterans for Peace, said the non-profit group has been around for more than 30 years. He said the opinion they offer -- pushing for peace over war -- is not always a popular one. But it's a message that needs to get out.

"People understand the issue of war and peace I think a lot better than politicians," Dedrick said.

Despite the problems the group had with the city, Dedrick said, the response from the crowd was supportive.

"It's been overwhelmingly positive," Dedrick said. "People will wave at us, clap and smile at us."

The group was only issued a temporary allowance to walk in the parade, so the issue could again come to a head.