More than 12,000 parents have signed on to an open letter asking TikTok to introduce a new feature that would allow parents to see what their child sees on the popular social media platform.

A petition from the advocacy group ParentsTogether asks TikTok CEO Vanessa Pappas to introduce a "mirror" setting for parents to keep tabs on what their kids are viewing. The short-form video app is widely used by teens and pre-teens in the U.S. and abroad.

The call comes after a 12-year-old boy in Oklahoma died after being found unresponsive with ligature marks around his neck. Police said he was believed to have been taking part in a trend circulating on TikTok, called the "blackout challenge," in which users choke themselves until they lose consciousness, according to FOX 25.

Authorities warned parents to stay involved in their child’s social media use.

"Now more than ever due to the lockdowns, kids are bored and looking to occupy their time." the Bethany Police Department in Oklahoma said in a statement. "Social media is a very influential part of a child’s life and should be heavily scrutinized by parents." 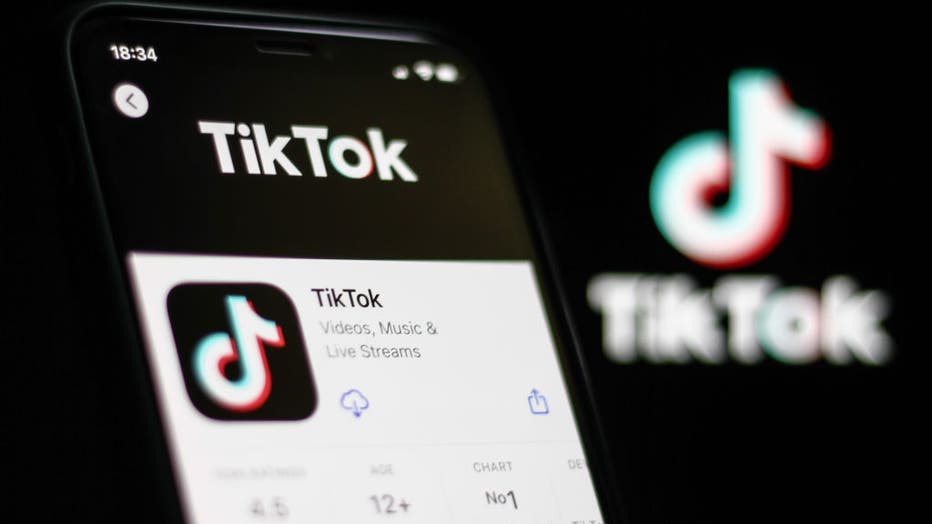 FILE - The TikTok app logo on the App Store is seen with the TikTok logo displayed in the background in this illustration photo taken in Krakow, Poland, on July 18, 2021. (Photo Ilustration by Jakub Porzycki/NurPhoto via Getty Images)

ParentsTogether said TikTok’s "impenetrable algorithm" used to recommend content to users makes it difficult for parents to keep tabs on who and what their kids engage with on the app. It said the "lack of transparency" can lead to kids being exposed to "bullying, sexual predators, and harmful content ranging from pro-eating disorder videos to videos encouraging extremism and violence."

The group noted a recent poll from Accountable Tech, which found that 81% of parents say Big Tech companies like TikTok need to do more to protect children.

"TikTok must do the work to keep the kids who make them billions of dollars safe," said Justin Ruben, Co-Director of ParentsTogether. "That includes regulating and removing content that they deem harmful or violent to kids, and helping parents monitor the often dangerous content their kids are seeing."

TikTok, which is intended for users 13 and up, offers a number of resources to support families, including educational safety videos and parent guides. In April 2020, the company introduced a feature called Family Pairing, which allows parents to link their TikTok account to their child’s account and set controls on screen time, direct messages and restricted content.

This month, the company also launched tools in the U.S. and Canada that better identify and remove violative content and notify people of their violations.

TikTok did not immediately respond to a request for comment. But in a statement to NPR, the company said protecting minors "is critically important."

"TikTok takes the safety of our community very seriously," the statement reads in part. "We strictly prohibit dangerous challenges on TikTok, and while we have not yet found evidence of a 'blackout challenge', we remain alert and ready to act against any violative content posted."