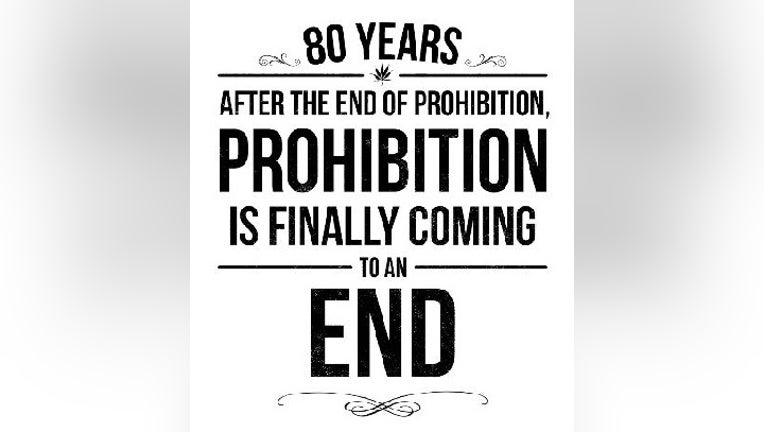 An ad purchased by the Drug Policy Alliance in Thursday's New York Times thanks the voters of Washington and Colorado for approving measures to legalize marijuana.

Here is the text from the ad:

80 Years After the End of Prohibition, Prohibition is Finally Coming to an End

Voters in Washington and Colorado made history on Election Day when they voted to legally regulate and tax marijuana. Their votes signaled the beginning of the end for the costly and unjust war on drugs.

Thank you to the citizens of Washington and Colorado.

The Drug Policy Alliance is especially proud of this milestone, as we worked for years to make this historic day happen.

We'd also like to thank: President Bill Clinton for acknowledging the drug war's futility and failure; President Jimmy Carter and Pat Robertson for saying it's time to legalize marijuana; Governor Christie for calling the drug war a failure and Governor Cuomo for working to end New York's racially discriminatory marijuana arrest crusade; Congressmen Ron Paul and Barney Frank for introducing the first bill to end federal marijuana prohibition; Presidents Santos (Colombia), Pérez Molina (Guatemala) and Mujica (Uruguay) for breaking the taboo on alternatives to drug prohibition; and, most of all, our many allies around the world for demanding no more drug war.

We strive for the day when drug policies are no longer motivated by ignorance, fear and prejudice but rather by science, compassion, fiscal prudence and human rights, with education and treatment available for everyone. Help us fight the good fight by making a tax deductible donation.