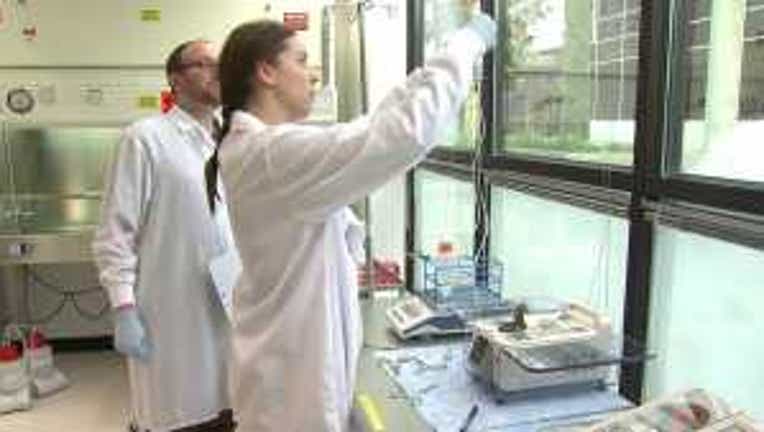 SEATTLE -- It's an unlikely pair in the fight against cancer.

Researchers at the Seattle Children's Hospital are using a form of HIV to help lead the battle in kids fighting leukemia. The treatment, called cellular immuno-therapy, involves reprogramming the body's infection fighting cells, otherwise known as T-cells. Researchers use a disabled form of HIV to alter the immune system, triggering the T-cells to hunt cancerous cells.

The testing is in early stages, but it's already showing great promises in fighting the cancer.  Rebecca Gardener, an oncologist at Seattle Children's, said the changed T-cells attack the blood-born cancer.

"Basically what we're going to do is take the T-cells from the patient... we're going to modify them so they can recognize the leukemia cells that are in a patient's body," Gardener said. "Then we re-infuse the cells back into the patient about a month later."

Early trials are focusing on children whose cancer has relapsed and they aren't responding to chemotherapy. So far, one child and three adults are in complete remission after receiving the treatment. Four others have drastically improved. Gardener said she hoped the drugs would progress out of the trial stage soon.

"What we really want is to make this therapy available to everyone," Gardner said. "But first we need to find out more about it."

Jeff Towne lost his child to neuroblastoma. Now, through the Ben Towne Foundation, he and his wife are donating funding for the new treatment.

"What's happening and what we're doing for him isn't going to change our outcome," Towne said. "But I guess our hope is that it will change the outcome for several other families. Today is kind of the beginning of that you might say."