Three fisherman in Oman have found 176 pounds of precious ambergris—a substance that is essentially whale vomit but highly prized by the perfume industry. Seeker reports that the ambergris could be worth as much as $2.8 million.

"I’ll wait to see how this sale will go and later I’ll think of changing my career," one of the lucky trio tells the Times of Oman.

The substance is worth so much because it is a key ingredient in high-end perfumes, helping scents linger 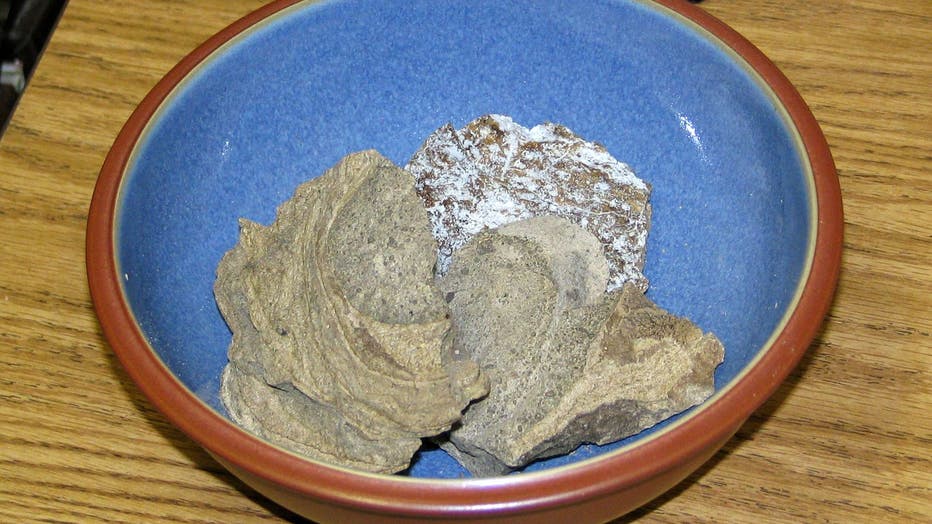 An example of whale vomit, or ambergris, which is often used to make perfume and is highly valuable. (Wikipedia)

longer on the human skin. The fishermen found it floating on the water while fishing near Qurayat.

“We used a rope to collect it and carry it inside the boat,” says the fisherman. They have already received offers from traders in the United Arab Emirates and Saudi Arabia, and an auction is expected this week.

Ambergris is produced in the digestive tracts of sperm whales and released as feces or vomit into the ocean, where it slowly hardens and floats. Most often it is found on shore, and the Conversation has a primer on how to identify the stuff.