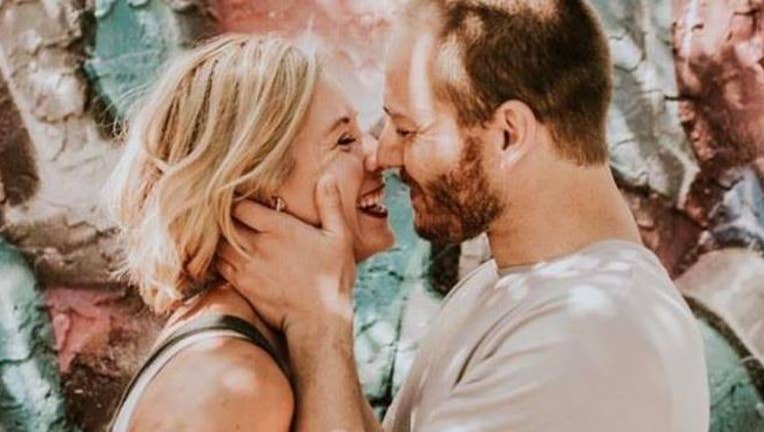 They met while swimming: Meg Alexander recalls paddling over to Brett Greenhill at her new apartment complex's pool in May 2014 and, in what she describes as "the worst line ever," complimenting his eyes.

He then complimented hers. Less than two years later, the Atlanta couple were engaged. And on Dec. 3, just two months before their planned nuptials, disaster struck while swimming.

People reports that while at their joint bachelor/bachelorette party in Naples, Fla., Greenhill dove into the Gulf of Mexico surf. A party guest, who happens to be a registered nurse, noticed he was floating in an odd way and went in after him.

Doctors believe the 39-year-old hit a sandbar in an accident that has left him paralyzed from the neck down—but not alone. WXIA reports there's just a 1% chance Greenhill—a marathoner who popped the question on a run—will ever walk again.

"If anyone will do it, it’s Brett," says Alexander, who has remained with her fiance at Lee Memorial Hospital in Fort Myers in anticipation of an eventual transfer to Atlanta for rehab.

A GoFundMe page that has raised $85,000 for his treatment explains that surgery did "remove fragments of shattered vertebrae which had lodged into his spinal cord. The injury has by definition caused paralysis, but the results are not definitive." An update states he has been able to feel, but not move, his hands.

While the Feb. 11 wedding is on hold, "I am and we are going to get married someday, and it’s going to be amazing," says Alexander.

(This bride-to-be was paralyzed at her bachelorette party.)

This article originally appeared on Newser: At Bachelor Party, Groom Is Paralyzed in Front of Bride