OLYMPIA -- Attorney General Bob Ferguson said Monday the Grocery Manufacturers Association has filed a suit challenging the constitutionality of Washington's campaign finance rules and that he would "vigorously" defend the state's laws. 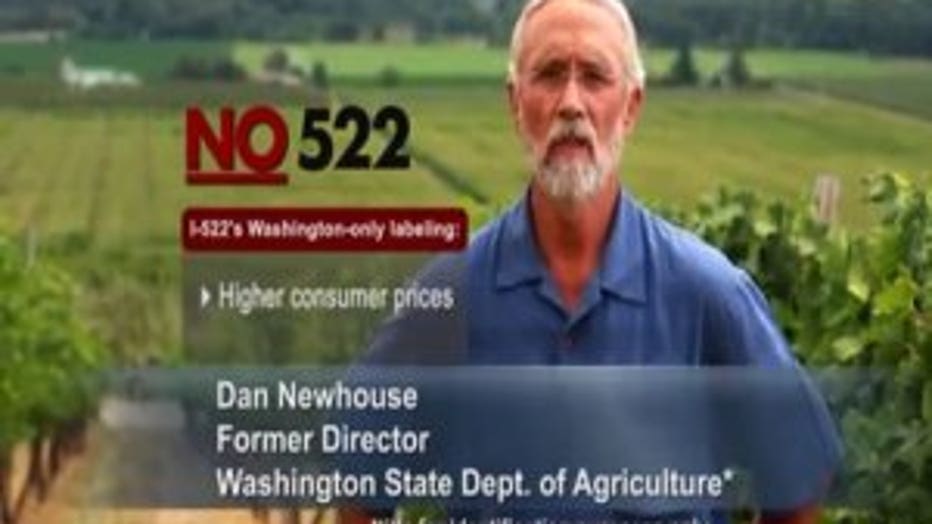 In a news release, the state attorney general's office noted that on Jan. 3 in Thurston County Superior Court, the GMA answered Ferguson's campaign disclosure lawsuit against the GMA with a counterclaim. The organization also filed a separate civil rights complaint against Ferguson. The GMA claims Ferguson is unconstitutionally enforcing Washington’s laws and challenges the constitutionality of requiring the GMA to register a political committee before requesting and receiving contributions to oppose Initiative 522.

“After breaking our state’s campaign finance disclosure laws, the GMA now seeks to have them declared unconstitutional,” Ferguson said. “I look forward to defending transparency in Washington elections.”

Ferguson filed a lawsuit against the GMA in October. The state alleges the GMA violated Washington’s campaign finance disclosure laws when it solicited and collected roughly $10.6 million from its members, placed those funds in a special “Defense of Brand” account and used them to oppose Initiative 522 -- the measure that would have required mandatory labeling of genetically engineered foods, seeds and seed products in the state. Voters rejected I-522 in the November election.

Under Washington law, the state alleges the GMA should have first formed a political committee, registered it in Washington and followed Washington campaign finance disclosure requirements before contributing the money to the "No on 522" campaign.

In its counterclaim and civil rights suit, the GMA claims the following are unconstitutional as they have been applied in this case:

The GMA is a trade association, based in Washington DC, representing more than 300 food, beverage and consumer product companies. It was the largest single donor to the No on 522 campaign.