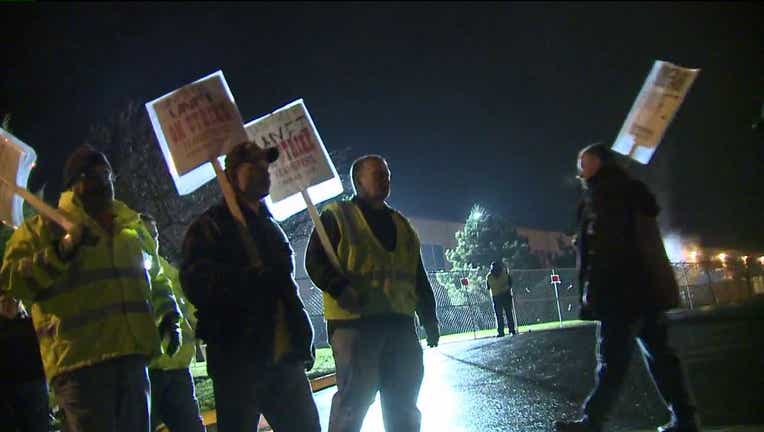 About 165 warehouse workers and drivers at United Natural Foods distribution center in Auburn said they went on strike because they are seeking higher wages and a better working environment. Teamsters Local 117 said other workers in the area who do similar work get paid about 25 percent more than employees at UNFI.

The striking workers deliver dry goods and dairy products -- the impact of their strike could affect what is available at stores like Whole Foods and Safeway. The company brought in about 50 non-union workers.

Local 117 also said the National Labor Relations Board is investigating UNFI for 45 violations of federal labor law. Some of the allegations include putting workers under surveillance, intimidation and refusing to bargain in good faith.