SEATTLE — Sweet, savory, bold and tangy are all words used to describe food hot off the barbecue. However, a local family wants to add the word dangerous after a little-known grilling hazard sent their teenage son to the emergency room.

“At school I started feeling really bad pains in my stomach like someone was stabbing me,” said Tristan Beck, 16, of Edmonds.

It wasn’t until doctors at Seattle Children’s performed exploratory surgery on Beck that they found what was making him violently ill — he had swallowed a metal bristle from a grilling brush.

“I was a little freaked out because I never had surgery before, so I didn’t necessarily want surgery. But I could’ve died if I didn’t have the surgery,” he said.

Steven Beck was at his son’s side in the hospital.

“Basically pulled his intestines out and they examined him.  And, they found a two inch metal being imbedded, impaled in his intestine,” he said. “That was creating the blockage.  It was like a hose being kinked up so the water couldn’t get through.”

Tristan is expected to make a full recovery.

To keep your family safe, the Centers for Disease Control and Prevention recommend inspecting your grill brush before each use and replacing it often. 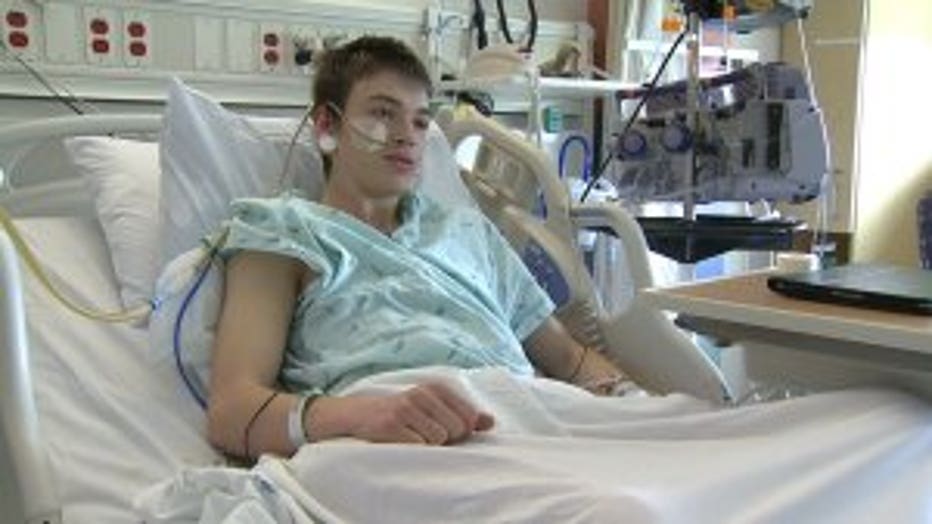