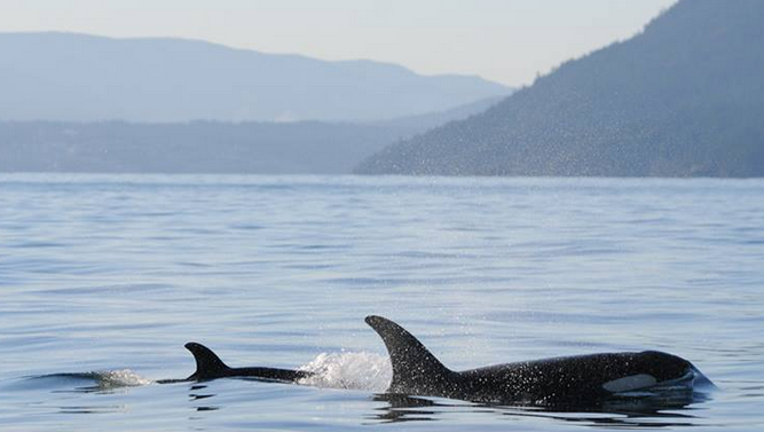 FRIDAY HARBOR, Wash. -- A new baby orca was spotted Tuesday with mom in Canadian waters north of San Juan Island, raising the number of endangered killer whales in the Puget Sound region to 78, the Center for Whale Research said.

The center's Ken Balcomb "confirmed seeing and photographing 42-year-old J16 (Slick) with her newborn baby -- now known as J50," the center said in a news release.

"During an encounter off the south shores of North Pender Island in Canadian waters," the center said, "Ken discovered J16 with her newborn calf, only a day or two old, snuggled in her slipstream and looking healthy and energetic.

"No other female has given birth at over 42 years of age in the four decades of demographic field studies of the Southern Resident orcas. J16 was not expected to be carrying a calf due to her advanced age.

"Researchers probably won't know the calf's gender for many months, until they are able to see and photograph the calf's ventral markings," the center said.

The Southern Resident community was listed as endangered under the Endangered Species Act in 2005, after dropping in population to only 78 members, but had recently lost a pregnant female, J32 Rhapsody, bring their numbers down to only 77 members.

This birth brings the community back up to 78.