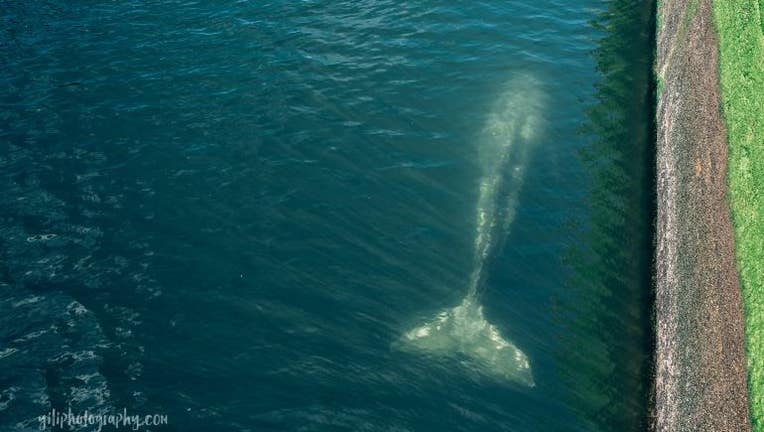 VASHON ISLAND, Wash. -- A dead gray whale spotted off the northwest coast of Vashon Island early Tuesday is thought to be the same whale that was spotted in Seattle's Ballard Locks earlier this month.

Officials said crews are towing the whale to an undisclosed location to examine it later this week. A necropsy will be done to determine a cause of death.

Based on markings, they were able to confirm that this is the same whale that caused a social media uproar on April 6 when it spent the day in one of the nation's busiest ship canals.

John Calambokidis with Cascadia Research Collective said it was "highly unusual" for a whale to end up in the locks. He said as some of the whale migrate northward each year, some of the weaker among them who haven't found enough food can began acting erratically.

Michael Milstein with NOAA Fisheries said the whale has been in the area since March 21, and that the agency was monitoring the whale because it appeared emaciated and could be struggling to survive. He said that though the whale is in obvious distress, there's little they can do about it.

The Coast Guard has put out warnings to marine traffic near the island.