TACOMA, WA - On Thursday, the community-organized group, Tacoma Pierce County Safe, met to address the issue of violence in Tacoma.

In the last few years, Tacoma is dealing with an increase in violence it has not seen in the city in decades.

So far this year, there are 20 homicides, according to Tacoma police. This number is higher than the total killings in the years of 2017 and 2018.

A lot of the focus on violent crime is placed on one particular area in the city. In the last few months, South Hosmer Street has been in the news repeatedly due to violence.

Data shows that a six-block stretch of the road, from 84th Street to 90th Street, is where 1,355 crimes occurred in a seven-year period.

That number of crimes is 90% higher than crimes that occurred in the same period of time on South Alaska Street, one block over. 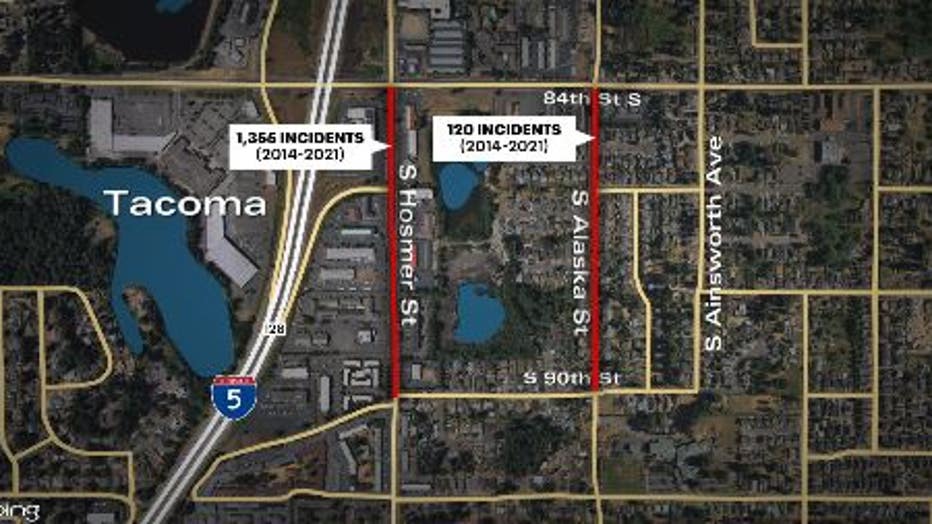 For people living in Tacoma, these numbers are cause for concern.

"Every year we go by, there is more money spent; there are more policies enacted, and the problem continues to get worse," said Brett Johnson.

Johnson is the president of the organization Tacoma Pierce County Safe, a grassroots movement working to address crime.

On Thursday, he led a meeting made up of other community members talking over some of the biggest concerns, issues, and hopes for change.

Tacoma Pierce County Safe has only been operating for a few months. They have had meetings with Tacoma Police Chief Avery Moore and Mayor Victoria Woodards in attendance.

Johnson says the current focus is working to provide outlets for people in need of mental health and addiction help.

He says he hopes to continue to grow this movement and bring about change in Tacoma.