BOISE (LA Times) -- Striking back at a proposed Idaho law that would ban undercover filming at farms, an animal rights group released video Tuesday of a dairy worker sexually abusing a cow.


The graphic scene, recorded in 2012, was not initially released when Los Angeles-based Mercy for Animals pushed authorities to investigate animal abuse at Bettencourt Dairies in Idaho. The original video showed about two minutes of lashings, beatings and stompings suffered by cows.

The dairy quickly fired five people after that video was released and installed surveillance cameras throughout its facility. The man seen fondling a cow’s vagina in the newly released 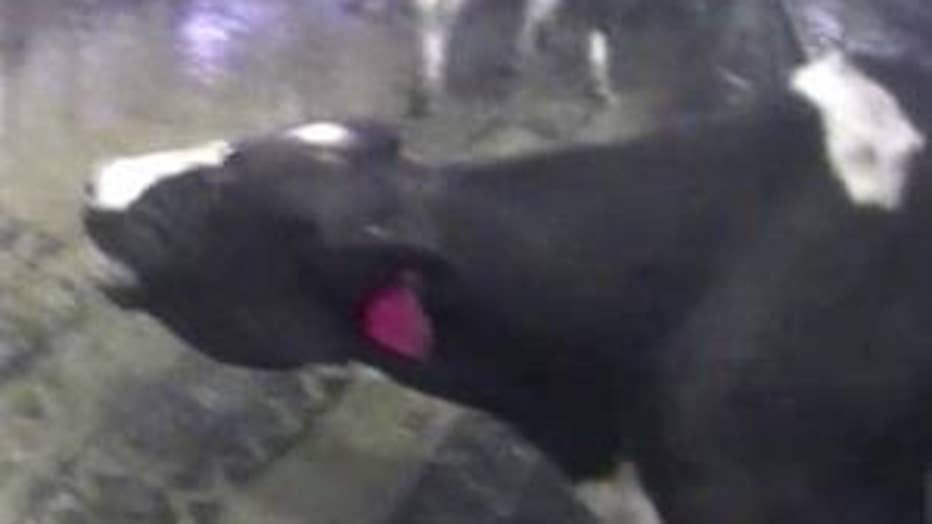 In an image from video secretly recorded by the Mercy for Animals rights group, a cow winces in discomfort. Lawmakers in Idaho want to prohibit such videos from being made. (Mercy for Animals)

Idaho lawmakers have proposed legislation to punish people who cause damage or videotape farm work after entering through force, threat, misrepresentation or trespass. It would be a misdemeanor punishable by a year in jail or a $5,000 fine -- the same as convicted animal abusers.

The dairy industry says the law is needed to protect dairies from animal rights advocates who lie about their backgrounds on job applications so they can gain access to sites for filming. The bill's sponsor has compared the animal rights groups to terrorists, alleging that they seek economic damages as much as reforms by demanding that the dairies' corporate customers sever ties.

"This legislation is a desperate attempt to sweep evidence of animal cruelty and sexual abuse under the rug," executive director Nathan Runkle said in a statement.

Bettencourt Dairies did not immediately respond to a request for comment from the Los Angeles Times.

The so-called ag-gag bill passed the Idaho Senate on Friday and is awaiting a hearing in a House committee.  Similar legislation has been proposed in about 15 states during the last couple of years. Most of them failed to pass, including a California proposal to require that videos documenting animal cruelty be surrendered within 48 hours of being recorded.

A handful of states have laws regarding filming animal abuse on farms. Iowa is one, as is Utah, whose law is being challenged in court.

Last week, undercover video recorded by Mercy for Animals led to four people being charged with intentional mistreatment of animals at a Wisconsin dairy. Nestle, whose DiGiorno's pizza brand had been using the dairy's cheese, stopped doing business with the dairy.

The video in that case shows cows being dragged, kicked, lashed and prodded. The four suspects are due in court in March, according to online court records.

From the LA TIMES