Grandmother orcas are critical to the survival of their grandkids

The study points out that menopause is fairly unique to humans and a few species of whales, noting that it's not common for species to become post-reproductive and live decades beyond. Researchers aimed to find out why resident orcas evolved like this.

SEATTLE -- They say it takes a village to raise a child, and parents know how helpful an involved grandmother can be. It turns out the same is true for killer whales.

A new study from the Center for Whale Research and University of Exeter looked at resident orcas and found that their survival is greater when grandma is alive.

The study points out that menopause is fairly unique to humans and a few species of whales, noting that it's not common for species to become post-reproductive and live decades beyond. Researchers aimed to find out why resident orcas evolved like this. They found that post-reproductive females are key to the survival of entire pods. 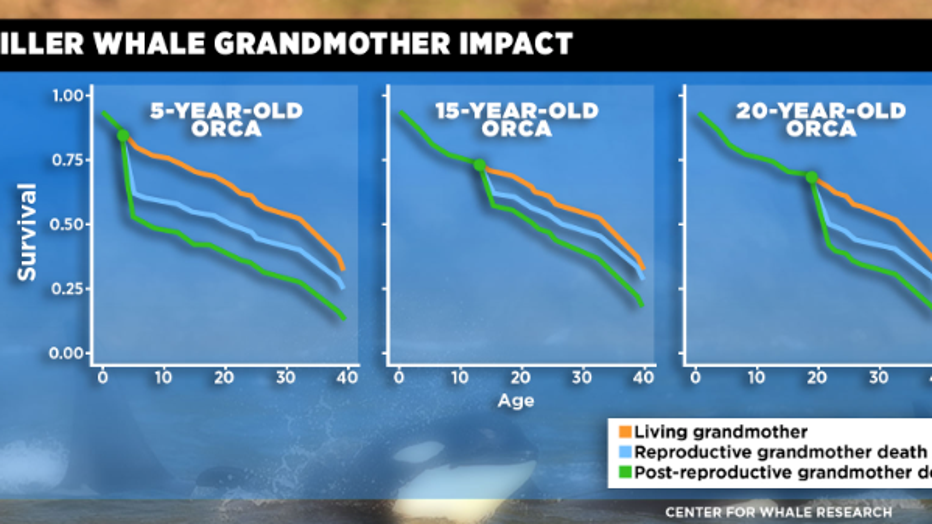 The charts show that a 5, 15 and 20-year-old orca will all experience a decrease in their chances of survival if a grandmother dies, but that decrease is much greater if the grandmother is post-reproductive.

The findings underscore the critical importance of this family structure. Perhaps there is no greater example of this than J2, or Granny, the oldest known southern resident orca who lived between roughly 75 and 105 years. 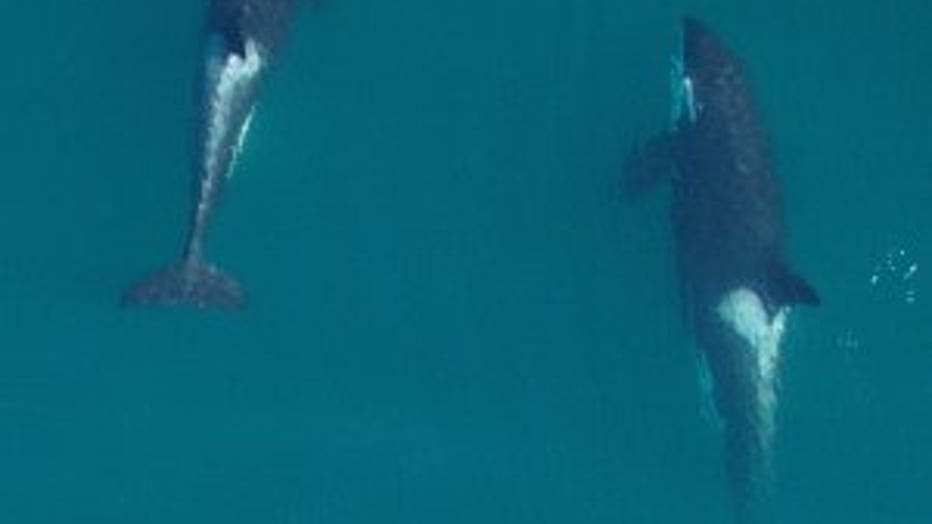 In an aerial image captured by NOAA Fisheries and Vancouver Aquarium, Granny is seen capturing a salmon to feed to a recently-orphaned orca, who may have been her grandchild. It's a prime example of a post-reproductive female looking after her pod.

Granny died months after this photo was taken, a sign that she took care of her family until the very end.

Unfortunately for the southern resident orcas, which are critically endangered and down to just 73 whales, Dr. Deborah Giles said there are only four grandmothers left, a concerning statistic when the pods are struggling from lack of prey.

Killer whales begin reproducing in their teens and continue into their 30s and 40s. But this study shows that when they survive beyond that is when they may have the broadest impact on the species.