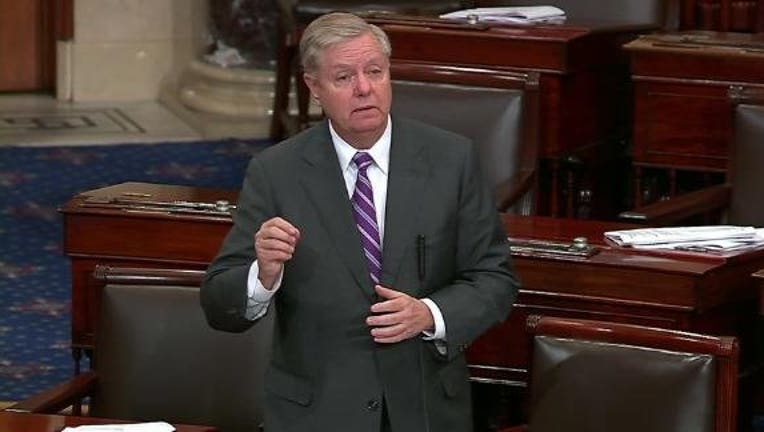 The nonbinding resolution gives Senate Republicans a chance to show support for Trump at a moment when Trump is urging his GOP allies to get tougher and fight harder for him as the House impeachment probe gathers momentum.

Many Senate Republicans are taking a wait-and-see approach amid the House impeachment inquiry. Rather than commenting on the substance of the probe, they are united in complaining that the House is taking depositions from witnesses behind closed doors.