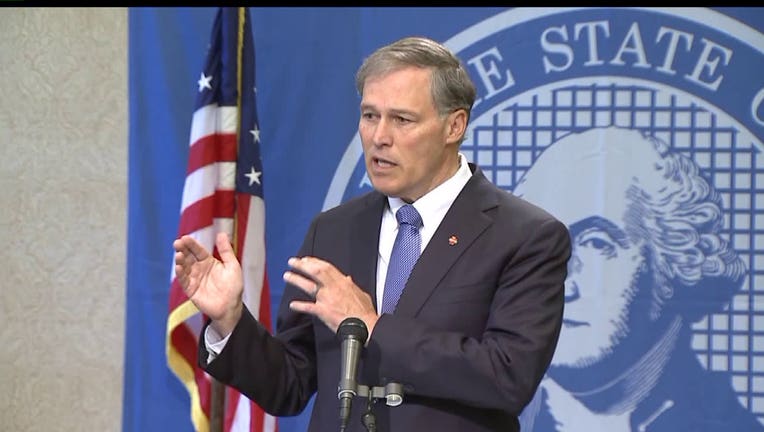 Most notably, the session failed to produce a transportation package that would have funded maintenance, freight projects and transit improvements for the state. Inslee and the state's Democrats considered the transportation package to be one of the biggest priorities of the session, saying that "more than a year" of negotiations between parities failed to produce any legislation, continuing to leave roads across the state in disrepair.

Inslee blamed partisan gridlock and Republicans in the State Senate for stalling what he considered important legislation.

"It's very disappointing the Legislature did not take the court or our obligation to our children more seriously, nor did they include a long overdue cost-of-living adjustment for our teachers," Inslee said. "We're going to be faced with some very difficult choices next year."

Inslee was also disappointed in the "failure" to preserve Washington's No Child Left Behind waiver, and the money that comes along with it to help struggling students. Nearly $38 million was lost as the Legislature failed to raise  a bill protecting the waiver, Inslee said.

"This was a bittersweet session for our children," Inslee said.

Still, Inslee said not everything toward education was lost, as the Legislature passed bills boosting high school graduation requirements and, most notably, the DREAM Act, that allows illegal immigrants brought to the state by their parents at a young age to apply for for financial aid.

Inslee said legislation that included a move to integrate chemical dependency treatment with care provided for people with severe mental illness, improving Washington's overall healthcare system, was also a victory for the session.

"We have seen unprecedented steps by the Legislature toward a transformed and better integrated Medicaid delivery system that will serve the client as a whole person," said Dorothy Teeter, the director of the state Health Care Authority.

Thursday marked the end to the 2014 60-Day legislative session.