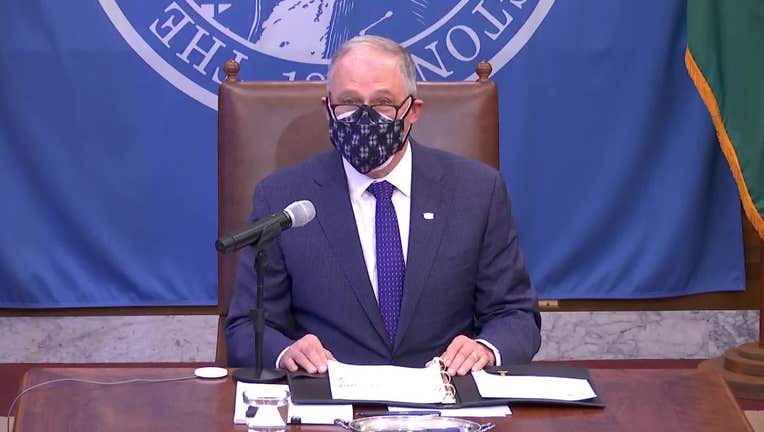 During an incredibly dangerous pandemic, Inslee has exercised unilateral power with little legislative oversight, some state lawmakers say—and more are slowly unifying to limit those powers.

It has been a long two years of mandates for Washington, which has maintained one of the lowest COVID infection rates and death rates in the U.S. The state also ranks among the highest vaccination rates in the country, according to data from the New York Times.

Washington’s success can be attributed to widespread vaccinations and strict guidelines.

But, state lawmakers are concerned with how little they are being consulted in these far-reaching mandates.

"While we're glad to see Governor Inslee adjust his timeline for ending the statewide mask mandate to March 12, we're disappointed that there seems to be no end in sight for the one-man rule he has enjoyed," said Senate Republican Leader John Braun, and House Republican Leader J.T. Wilcox, "especially after the Democrat majority officially abdicated all legislative oversight of the emergency proclamations."

"Tomorrow marks the start of the third year of the people being shut out of the decision-making process," said Braun and Wilcox. "As it stands now, we all have to just sit and wait until the governor decides he's ready to give up this power and restore balance to state government. And that does nothing but undermine everyone's trust in our state government."

Inslee has frequently stated he does not intend to end the state of emergency in the near future.

"We need this emergency order for the three reasons that I just articulated—we needed to protect hospitals so that people don’t get sick from this still-deadly disease by requiring masks in hospitals," said Inslee during a press conference Monday. "We needed to protect employees… and third, we needed to be able to keep federal funds, so we can get federal assistance, rather than state tax dollars."

The Senate narrowly settled on a 90-day limitation with SB 5909.

The Washington State Senate has passed a bill that would limit the Governor's emergency powers to 90 days if the legislature is not in session.