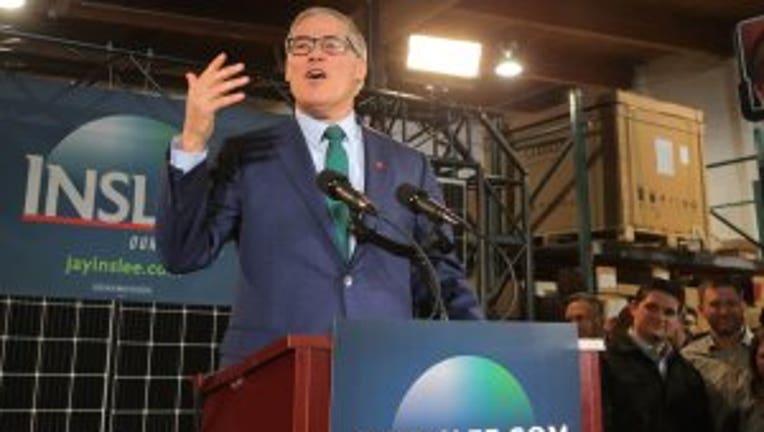 Washington Gov. Jay Inslee announces his run for the 2020 Presidency at A & R Solar on March 1, 2019 in Seattle, Washington. (Photo by Karen Ducey/Getty Images)

SEATTLE – Gov. Jay Inslee will take a temporary leave from office as he undergoes hip replacement surgery next week.

The procedure is scheduled for 7 a.m. Monday. Secretary of State Kim Wyman will be acting governor from then until 1 p.m.

Inslee’s office expects him to be out for at least a week as he recovers from the surgery.

The timing will shift the normal budget rollout to the week of December 16.