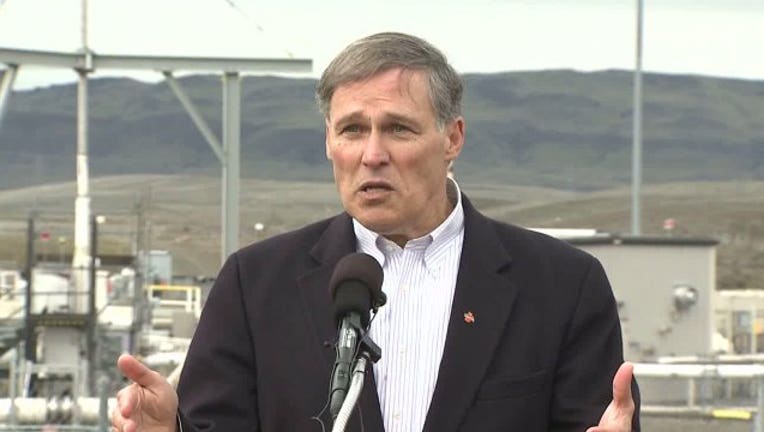 OLYMPIA -- Washington will undertake a series of steps to cut carbon pollution across the state with the help of clean energy technologies, Gov. Jay Inslee announced Tuesday.

Inslee announced an executive order Tuesday that would create a Carbon Emissions Reduction Task Force tasked with coming up with a plan to reduce carbon pollution and promote clean energy through the use of newer energy technologies.

The task force would recommend policies in line with a six-point action plan released by Inslee.

Inslee's executive order does not implement new programs, but many of the major plans will require legislative approval or appropriations for funding, he said.

Inslee's six-point key action plan builds on earlier studies and work groups, and moves the state to meet certain emissions limits in 2020, 2035 and 2050. The key actions plans in Inslee's executive order are --

Inslee said now is the right time to act on climate change.

"We will engage the right people, consider the right options and ask the right questions and come to the right answers -- answers that work for Washington," Inslee said in a release.

The recommendations come as Inslee expects water supplies, public health, coastal and storm damage, wildfires and other impacts will cost Washington almost $10 billion per year after 2020 due to global warming.