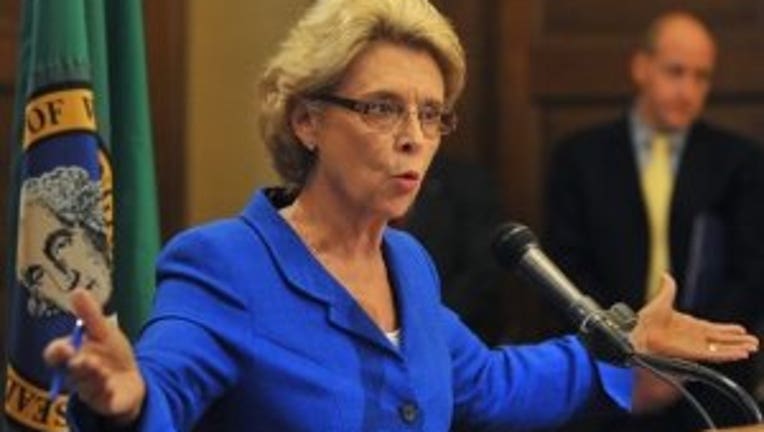 WASHINGTON -- Gov. Chris Gregoire said Tuesday the Justice Department offered her no immediate guidance on the state's legalization of marijuana but promised to study the issue and get back to her, the governor's office said.

The measure, approved by voters in last Tuesday’s general election, legalizes the possession of up to 1 ounce of marijuana for adults 21 and over beginning Dec. 6.

Washington state and Colorado were the first two states in the nation to legalize the recreational use of marijuana. However, federal law lists marijuana as a dangerous drug and bans its sale or possession for recreational use.

“Gov. Gregoire met with Deputy Attorney General Cole today to discuss implementation of Initiative 502 in Washington state," the governor's office said. "Following last Tuesday’s vote, we are following the will of the voters and moving ahead with implementation of the initiative.

"The governor asked the Department of Justice to clarify their position as many questions remain. In turn, as the state begins the implementation process, we will convey to them any problems or concerns.

“We know that Gov. (John) Hickenlooper of Colorado is also having similar conversations with the Justice Department. It is important that the federal government understands the differences in the two new laws approved by the voters of our respective states,” the statement said.

The News Tribune of Tacoma said that in a phone interview with the newspaper Tuesday, Gregoire said, "I wanted to know what his enforcement police would be if there was or was not litigation under federal law ... basically, I was asking him if they were planning on taking any action to stop us from going forward from implementing and when.

"They didn't give me a timeline," Gregoire told the paper. "It's a little more complex than it might appear on its face, so they're going to spend the time and try and make sure they get it right -- and whether they can do it by December 6th is an open question."