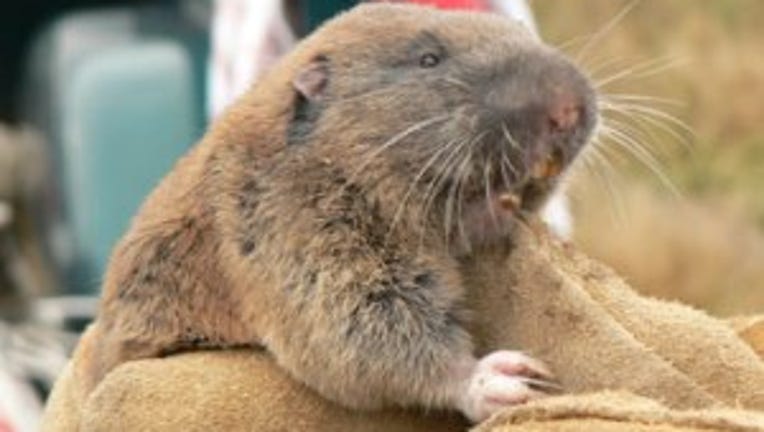 OLYMPIA -- The federal government is working to list the Mazama Pocket Gopher as a Threatened Species. And while this is good news for the little gopher indigenous to Washington and Oregon, it might mean tough times ahead for Joint Base Lewis-McChord.

If the gopher becomes listed as a threatened species, its prairie habitat, which includes a large part of JBLM, will fall under protection.

Christie Mariotto, a Thurston County resident, said much is already being done to protect the embattled gopher.

"To think that the county feels they have the right to come in here and tell me I can't build another pen for my dogs because they might kill one of those pocket gophers, I just think it's a terrible violation of my property rights," Mariotto said. "They (the gophers) are doing just fine."

But Doug Zimmer with the U.S. Fish and Wildlife disagrees. He said the small gopher is in trouble, and biologists insist protecting the gopher is critical because they help to aerate and fertilize soil, creating seed beds.

"They're in trouble because of loss of habitat," he said. "The loss of these Puget Sound prairies."

Zimmer said a large part of the gopher's 9,000 acres of prairie habitat lies on JBLM. If there's not enough clear acreage near the base, the government may put limits on the Army training ground, Zimmer said.

"If that happens then you have the potential they make that training someplace else and that's a $6 billion economic engine for this area," Zimmer said.

Joint Base Lewis-McChord officials said they are working with Fish and Wildlife to protect gopher and maintain the ground they need to prepare troops for combat. Officials said property owners shouldn't see many property restrictions, as long as the gopher stays off the endangered species list. Public input is allowed for the next 60 days, and it could take up to a year to make a decision.