The eleven GOP senators, who are in the political minority, fled the Oregon Legislature on June 20 to deny Democrats the quorum thats required to vote on any legislation.

SALEM, Ore. (AP) — Republican state senators in Oregon who walked out to thwart landmark climate legislation didn't show up for work for a fifth day on Monday, with the GOP insisting they'll continue to stay away and Democrats saying the minority party was stirring up "dangerous sentiments."

The eleven GOP senators, who are in the political minority, fled the Oregon Legislature on June 20 to deny Democrats the quorum that's required to vote on any legislation. Gov. Kate Brown, a Democrat, activated the state police to seek out the rogue lawmakers and bring them back to the Statehouse for the vote, but on Monday the senators were still absent.

Many have fled the state, where the Oregon State Police has no jurisdiction.

The debate over the cap-and-trade bill gets at the heart of a widening gap between the liberal priorities of Oregon's populous urban centers, such as Portland, and much of the rest of the state where conservative causes hold sway with most rural residents. It has become a flashpoint for both sides.

The legislation would dramatically reduce greenhouse gases in Oregon by 2050 by capping carbon emissions and then requiring businesses to buy or trade for an ever-dwindling pool of pollution "allowances."

Democrats say the program — which would be the be the second of its kind after California — is critical to make Oregon a leader in the fight against climate change and will ultimately create jobs and transform the state's economy. Opponents, including the struggling logging industry, say it will kill jobs, raise the cost of fuel and gut small businesses in rural parts of the state.

The walkout attracted national attention after a tumultuous weekend that began with Senate President Peter Courtney ordering the Capitol closed because of a "possible militia threat" from far-right groups, who threatened to join a peaceful protest organized by local Republicans. One of those groups, the Oregon Three Percenters, joined an armed takeover of the Malheur National Wildlife Refuge in 2016.

The threat, however, never materialized and fewer than 100 people showed up.

Democrats have an 18 to 11 majority, but need 20 members to conduct business under state law.

Negotiations remain between Senate Republican leaders and the Senate president, the governor's office confirmed. A spokeswoman for Senate Republicans said Monday she had no updates on the state of talks.

The discussion has quickly morphed into something far beyond a discussion on climate change.

Sen. Michael Dembrow, the lawmaker behind the climate bill, said Republicans have used language that's "irresponsible and dangerous." He referenced comments from Sen. Brian Boquist, who threatened state police to "send bachelors and come heavily armed" when troopers come to bring him back to the capitol. Boquist's comments caught the attention of the Oregon Three Percenters, who offered safe passage to senators on the run over social media.

"I'm really worried that this particular bill is being used to stir up the worst sentiments, the most dangerous sentiments we can imagine," said Dembrow, adding that he hopes Republicans "can find a way to reject this path that Sen. Boquist has taken them on and come back to do the people's business."

Boquist's comments came under heavy media scrutiny and drew a rare rebuke from both the Senate president and Speaker of the House, who are both Democrats. No Republican senator has publicly spoken out against Boquist's comments or the threat of violence over the weekend.

The Oregon GOP, responding to the statehouse closure, sarcastically tweeted a picture of peaceful protesters and joked that the rally-goers were a "heavily armed militia" laying siege upon the Capitol while "Senate Democrats cower in fear."

The tweet was widely spread and misinterpreted, even garnering a response from national politicians including U.S. Rep Alexandria Ocasio-Cortez, a Democrat from New York, who offered to help Republicans "find a therapist."

Democrats have until the end of the week to get Republicans back to the building before the Legislative session is slated to end. Legislators still need to approve a majority of the state budget and other Democratic priorities addressing affordable housing, paid family leave and driver's licenses for immigrants in the country illegally. The governor said that she's prepared to convene a special session next week if necessary. 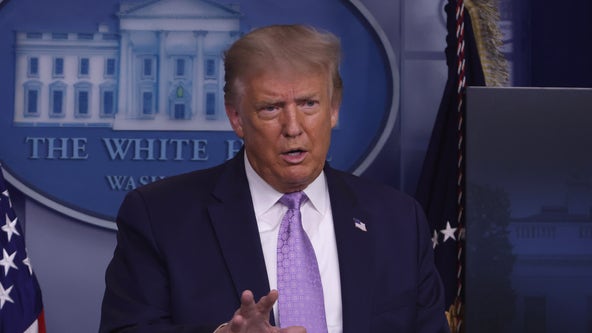