Congressman Dan Newhouse on his vote to impeach

This week on The Divide, Rep. Dan Newhouse (R-WA 4th District) explains what he calls the most difficult vote of his career.

YAKIMA, Wash. - Most of the Republican county leaders in U.S. Rep. Dan Newhouse’s congressional district on Monday called for the lawmaker to resign for being one of 10 GOP members of the House to vote for the impeachment of former President Donald Trump. Newhouse said he will not resign.

Six county GOP chairs from the 4th Congressional District, which covers the central portion of Washington state, issued a letter Monday calling for Newhouse to resign.

"It is impossible to defend the indefensible,″ said the letter signed by the GOP chairs of Yakima, Benton, Franklin, Grant, Adams and Douglas counties. "An overwhelming majority of our county constituents are calling for your resignation.″

"When a representative fails to represent the people, the people must respond,″ the letter said, adding many constituents feel "betrayed" by Newhouse’s Jan. 13 vote. 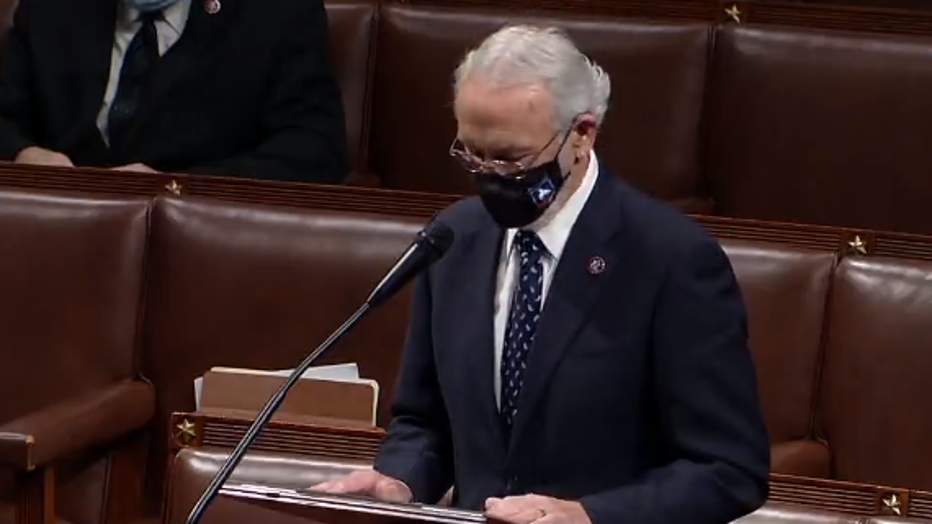 Newhouse said Monday he will remain in the seat he has held since 2015.

"After days of deliberation and prayer, I made a decision to vote based on my oath to support and defend the Constitution," Newhouse said in a press release. "Many Republicans have agreed with my vote, and many have disagreed. For those who disagree with me on this issue, I hope they will remember my lifelong support for conservative causes and values."

"I am still a conservative Republican who holds the principles of our Constitution and the priorities of central Washington above all else, and we have a lot of work to do to keep the Biden administration accountable," Newhouse said.

In justifying his vote, Newhouse has pointed to Trump’s role in inciting the deadly Jan. 6 attack on the U.S. Capitol and his refusal to calm the situation as a mob swarmed the building.

Newhouse, 65, was reelected with 66% of the vote in November. The conservative district has a large agricultural base and runs from Canada to the Oregon state line.

Trump won the district with nearly 58% of the vote in the November election — his highest support in any Washington congressional district.

Newhouse has a long pedigree in Republican politics. His father, Irv Newhouse, served more than three decades in the state Legislature, and a state Senate office building in Olympia is named after him.