SEATTLE - Two people jumped into action when they saw a Seattle high-rise on fire across the freeway, and the Seattle Fire Department said their quick-thinking saved lives.

Around 10:30 a.m. on May 15, Seattle Fire received a call from Kendal Sprague and Gracie Reynolds, who reported seeing smoke billowing from an apartment window across the freeway. They also spotted two people on a small balcony waving their hands for help.

The pair didn't know the exact address, so they hopped in their car to drive to the building to better help dispatchers and firefighters pinpoint an exact location-- a building in the 700 block of 7th Avenue.

When they got there, they realized one of the people on the balcony was using American Sign Language to communicate.

Reynolds knew ASL from high school and was able to help communicate with the couple on the balcony. 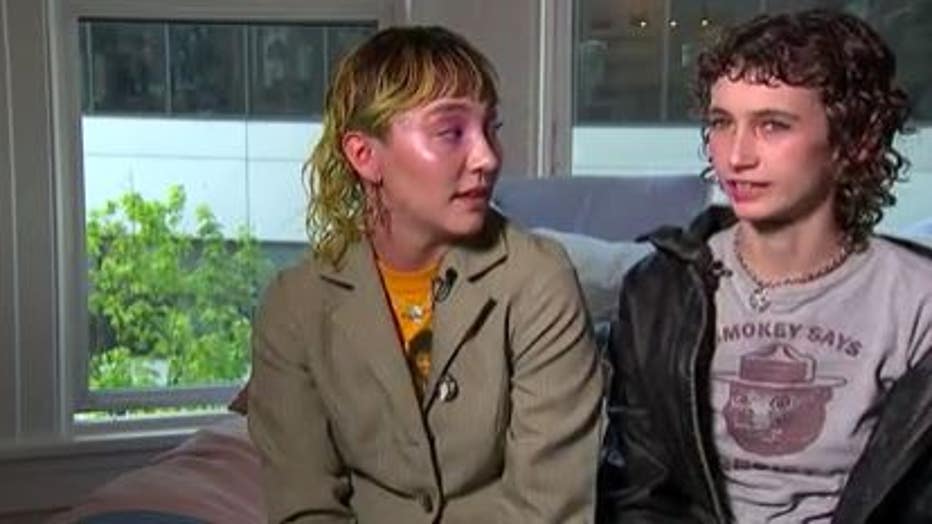 "The man looked like he was struggling to FaceTime somebody to tell them what was going on in sign language, but he wasn’t able to. He seemed frustrated like it wasn’t working, so I was able to tell them we called 911 and an ambulance is coming and just remain calm. We made eye contact and I let them know everything was going to be ok until the ambulance got there," Reynold said.

After some more communication, Reynolds got the man to pull the fire alarm, which alerted the entire building. Fire crews arrived about 30 seconds after he pulled the alarm, thanks to the earlier call from Reynolds and Sprague.

Firefighters were able to rescue the man and the woman from the balcony using a ladder. Both are expected to be okay.

The fire department says their quick-thinking helped saved the lives of the pair on the balcony and everyone else in the building.