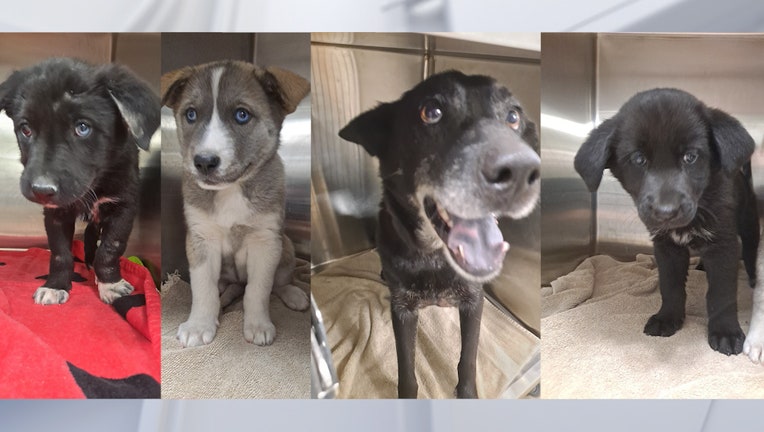 The puppies were abandoned in a Kentucky neighborhood. (Credit: Paws 4 the Cause)

LEXINGTON, Ky. - A good Samaritan is getting recognition after rescuing a dog and her three puppies who’d been dumped in a Kentucky creek.

Paws 4 the Cause, a non-profit that rescues animals, said the driver was heading home after work when the person saw someone dump the dog and puppies at a bridge in a Lexington neighborhood. The non-profit said the puppies had fallen into the nearby creek, panicked and started crying as they tried to find dry land.

The good Samaritan picked them up, took them home and returned to the area to find the mother dog who "was too scared to come to anyone."

Volunteers then came to the area to rescue the mother.

According to Paws 4 the Cause, one of the puppies had a bad skin infection and received antibiotics and a medicated bath. The others, including the mother, also received flea baths before getting dewormed and receiving any necessary shots.

Rescuers said it’s the not first time they have taken in abandoned animals frim the neighborhood.

"We have seen many cases like this in the Sommerset area, of people dumping dogs and puppies to fend for themselves," the non-profit posted on Facebook. "There is no need to do this since there are so many rescues working tirelessly to help save the overwhelming numbers of animals needing rescue this year."

Paws 4 the Cause is now looking for a foster home for the dogs.