SEATTLE -- A Seattle man coming to the aid of a couple with child being harassed by six teenagers on the Light Rail was attacked and suffered a broken jaw, the King County Sheriff's Office said Friday.

The victim, Damien Villareal, said the Thursday night incident started when one of the teens started smoking a cigarette on the train and a couple with a young child asked the teen if he could stop smoking. 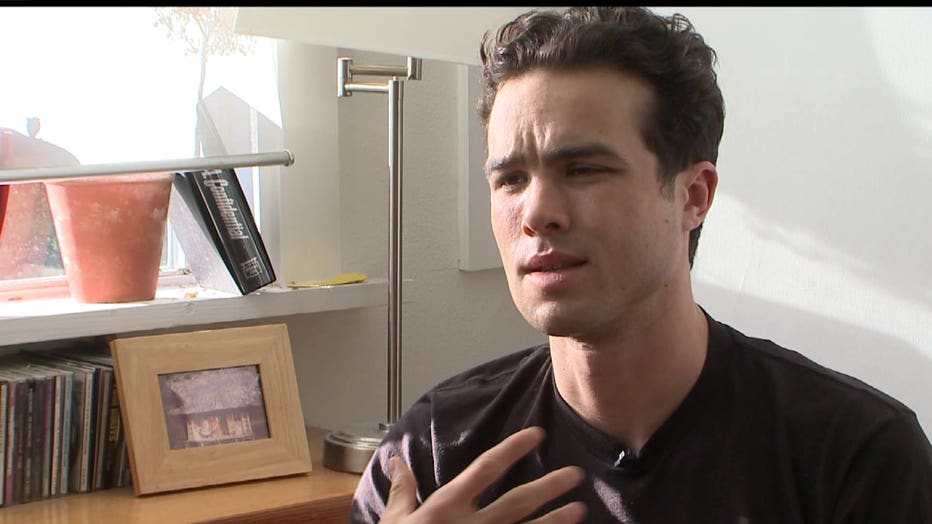 Damien Villareal was attacked aboard a Light Rail for trying to help a couple being harassed by six teenagers. (Photo: KCPQ-TV)

Villareal said the smoker and his friends began harassing the couple, scaring the woman, who began pushing the train's emergency button. When there was no immediate response, Villareal said he stepped in.

"I couldn't stand for it and felt I needed to say something, especially with the baby on the (woman's) chest," Villareal said in an interview Friday. "What am I going to do?"

He said he tried to calm the group of teens down, but they attacked him..

"I had my hands out and I said I'm not going to fight you, and he just sucker-punched me right in my face and broke my jaw," Villareal said.

He tackled one of the teenagers and tried to pin him down, but they all got away at the Columbia City stop.

The victims were disappointed with Sound Transit's lack of security response.

"After the other guy's wife pushed the panic button, no one showed up," Villareal said.

Sound Transit said it is investigating, but that its security force was there in six minutes once they were contacted.

Still smarting from a broken jaw and swollen face, Villareal said he doesn't regret stepping in to help.