SEATTLE -- No, your aunt Susie in Puyallup didn't get bit by a brown recluse while she was cleaning out her woodshed.

Or any other venomous spider dangerous to humans.

That's because there isn't a brown recluse within "1,000 miles of Washington," said Rod Crawford, the curator of arachnids at the Burke Museum of National History and Culture at the University of Washington.

And asides from "very small" populations on the San Juan Islands, there aren't any black widows in Western Washington, either.

"There's no need to watch out for any venomous spiders," Crawford.

Q13 News interviewed Crawford following an Associated Press story reporting the discovery of brown widow spiders in Oregon City, Oregon.  We asked the question whether or not brown widows could be found here.

Crawford -- described by his colleagues as the preeminent arachnologist in Washington -- quickly squashed the myth.

"I have cabinets of more than 140,000 Washington spiders," Crawford said. "Not one brown widow. Not one brown recluse."

Crawford believes it's possible that a brown widow was spotted in Oregon, but it's not there natively. The arachnid lives in dry places like Southern California and hasn't been spotted as far north as San Francisco. 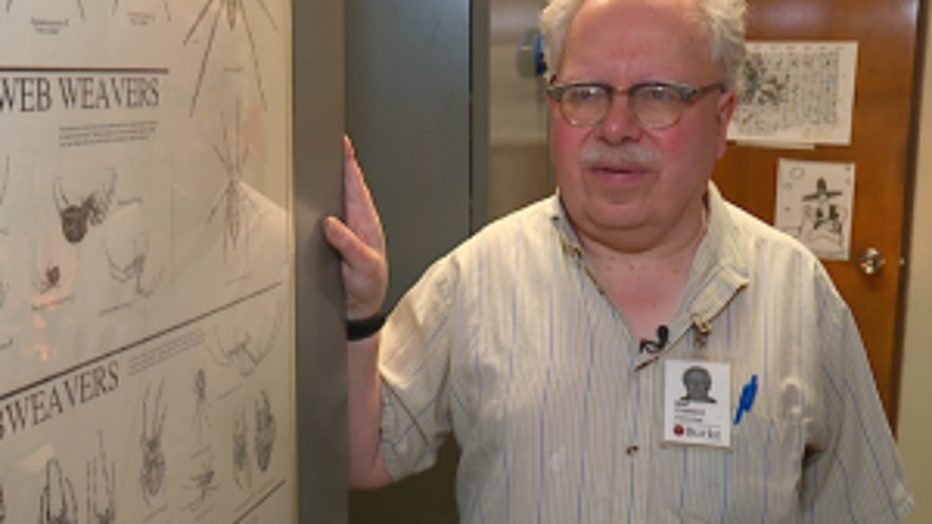 "It's got to be an accidental importation from Southern California," Crawford said. "The globe hasn't warmed that much yet."

Even if the brown widow moved to Oregon, it's not particularly dangerous. A bite causes an "ouch and a bit of redness," Crawford said.  Residents in Oregon should be more concerned with black widows, which do inhabit the southern part of the state.

Crawford spends so much time dispelling spider myths, he's devoted a website to it. He quickly quells other spider rumors that come his way.

No, you didn't spot a brown recluse in your closet. No, hobo spiders are not human killers.

"There's lot of other evidence, biochemical evidence and so-forth, shows hobo spiders' venom has nothing unusual in it," Crawford said. "It's now reasonably certain that hobo spiders are harmless."

Yes, most spiders are venomous but they are not dangerous.