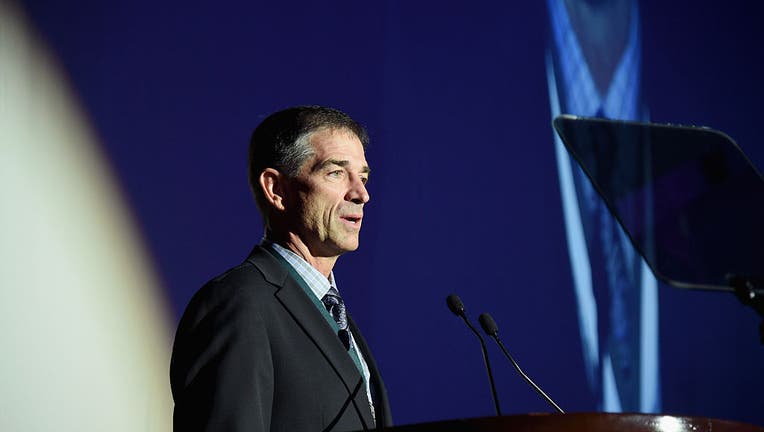 Stockton, one of Gonzaga’s most prominent alums, confirmed the move in a Saturday interview with The Spokesman-Review.

"Basically, it came down to, they were asking me to wear a mask to the games and being a public figure, someone a little bit more visible, I stuck out in the crowd a little bit," Stockton said. "And therefore they received complaints and felt like from whatever the higher-ups — those weren’t discussed, but from whatever it was higher up — they were going to have to either ask me to wear a mask or they were going to suspend my tickets."

Stockton has come out against COVID-19 vaccines, mask mandates and other protective measures. Last June, he participated in a documentary titled "COVID and the Vaccine: Truth, Lies and Misconceptions Revealed."

In the interview with the Spokane newspaper, Stockton claimed without evidence that more than 100 professional athletes have died after receiving the COVID-19 vaccine.

Experts have told the AP there is "no scientific evidence" that either COVID-19 or the mRNA vaccines have increased sudden cardiac arrest, often referred to as SCA, among athletes.

The false claim that large numbers of athletes are collapsing or dying due to COVID-19 vaccines has circulated on social media for months, particularly among anti-vaccine circles, and has been rejected by medical experts.

Meanwhile, public health experts say masks are a key virus-prevention tool that are most effective when worn by a large number of people.

In a statement, Gonzaga officials said they are committed to implementing health and safety protocols, which include an indoor mask mandate. The university also requires proof of COVID-19 vaccination or a negative test taken with the last 72 hours to attend home athletic events. As a way to enforce the mask mandate, Gonzaga has suspended its food and beverage sales at games.

"We will not speak to specific actions taken with any specific individuals," the statement read. "We take enforcement of COVID-19 health and safety protocols seriously and will continue to evaluate how we can best mitigate the risks posed by COVID-19 with appropriate measures."

Stockton played for Gonzaga from 1980 to 1984, when the Zags were a middling program that never posted a record better than 17-11. The team has since retired his No. 12. A life-sized poster of Stockton in action hangs in a concourse of the McCarthey Athletic Center, part of a gallery of Gonzaga greats.

The Spokane native was a first-round draft pick of the Utah Jazz in 1984 and set an NBA record with 15,806 career assists before his retirement in 2003. He and his family have lived in Spokane since then, and he has been a fixture at Gonzaga basketball games.