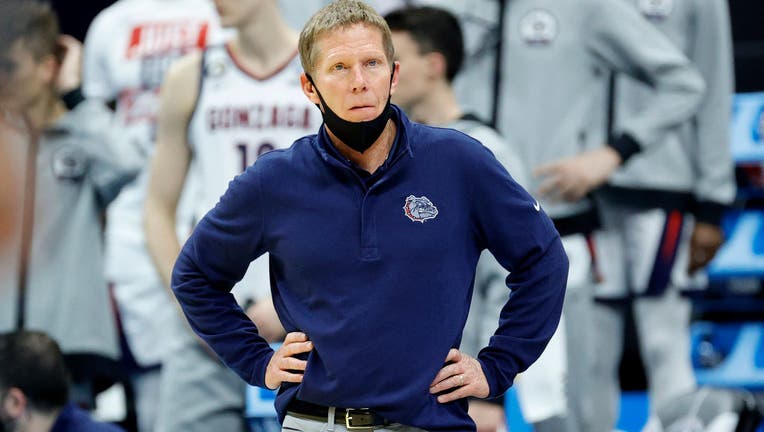 Gonzaga coach Mark Few has pleaded guilty to misdemeanor driving under the influence in Idaho and must pay a fine of $1,000 in lieu of spending four days in jail, according to court documents.

He must also perform 24 hours of community service and his driver’s license was suspended until Nov. 5, after which he will be required to use an ignition interlock device while on unsupervised probation for the next year. Few has completed a required alcohol and drug class.

Few entered the plea during a hearing Friday, saying he was "pleading guilty because I am guilty," according to the court documents.

The 58-year-old Few had faced a maximum penalty of six months in jail.

Few had previously been suspended for top-ranked Gonzaga’s two exhibition games and the season opener Nov. 9 against Dixie State over the incident. He is expected to return for Gonzaga’s Nov. 13 game against No. 5 Texas in Spokane.

Few was pulled over by a police officer in Coeur d’Alene, Idaho, on Sept. 6 after someone reported seeing a black SUV swerving erratically and speeding. He initially refused to leave the vehicle and told the officer he had previous ankle and knee injuries that prevented him from performing field sobriety tests, according to a police report.

RELATED: 'I sincerely apologize to you all:' Gonzaga men's basketball coach cited for DUI in Idaho

Few also initially told the officer that he hadn’t had any alcoholic drinks then later said he had a couple of beers. He told police he was returning from his vacation home in Hayden Lake, Idaho, and driving to Spokane, which is about 30 miles west.

He provided breath samples at the scene that registered blood-alcohol concentrations of .119 and .120, which is above the legal limit of .08.

Few has repeatedly apologized for his actions.

"I have had a month to reflect on the regretful decisions I made on Sept. 6," Few said in a news release earlier this month. "I again offer my sincere apology and I remain committed to learning from this mistake."

Few has coached Gonzaga for 22 seasons and never generated much off-court controversy before this year. He has taken the Bulldogs to the NCAA Tournament every year except 2020, when the tournament was canceled because of the pandemic.

He is 630-125 at Gonzaga, and his .834 winning percentage is the best of any active coach. Few earlier this year led the Bulldogs to their second national title game, where they lost to Baylor.