GRANT COUNTY, Wash. -- Health officials in Grant County have declared a gonorrhea outbreak due to the sharp increases in the number of cases in the county.

The epicenter of the outbreak is Moses Lake; the populations showing the highest rates are young females 20-29 years old, officials said. 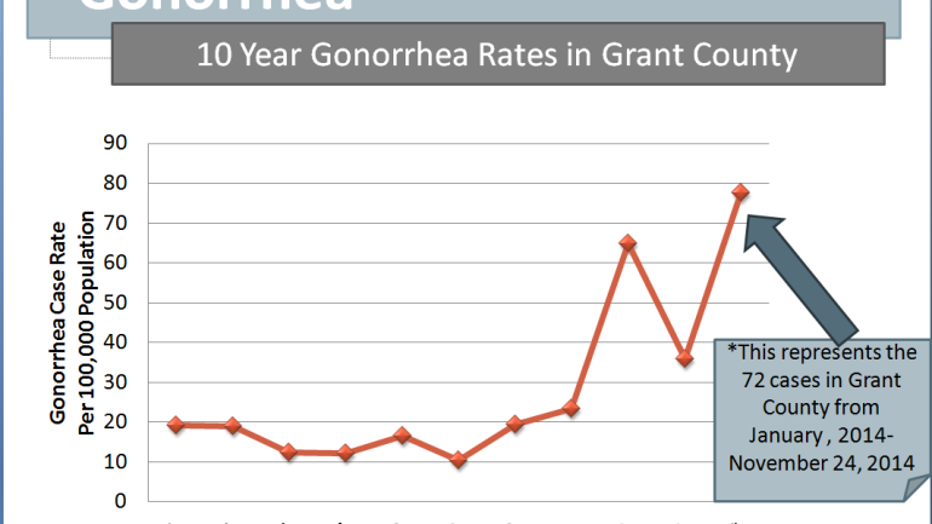 Gonorrhea is a treatable, sexually transmitted disease that rarely has symptoms in its early stages, especially in women. The symptoms may include penis or vaginal discharge, burning during urination, pain during sex, and lower abdominal pain in women.

Because the reported cases often represent only a fraction of all cases, the Grant County Health Officer is asking healthcare providers to increase screening their sexually active patients for gonorrhea and other sexually transmitted diseases.