A local Gold Star family is closing their restaurant due to the pandemic economy.

KEYPORT, Wash. - The slowdown in business during Covid-19 has finally caught up to a Gold Star family in Kitsap County.

The family runs Torpedo Town Diner in Keyport, and announced on Tuesday they are taking final takeout orders through Thursday.

"It’s everything for our family," said Charles Dachenhausen. "Every time there’s a computer glitch we blame it on him because he was IT, and he loved to messing with ‘em, but we felt his presence in here the whole time."

Dachenhausen opened the restaurant in tribute to his son Benjamin Dachenhausen, a petty officer second class in the Navy who served for five years.

Charles said his son died at the young age of 24 in 2018. He said Benjamin became sick during deployment, and doctors later diagnosed him with Ewing Sarcoma, a cancer which is usually found in children and rarely in adults.

RELATED: Family on Whidbey Island counting on next stimulus check

"They had given him eight months but he fought it in the best spirit of the Navy. Made it 14 (months), and unlike some Gold Star families out there we actually got to hold our son’s hand," said Charles.

Before his son took his last breath, the family showed him pictures of the diner they planned on opening, and Benjamin shared his ideas with them.

"Some of the ideas in here are his, all the hats on the ceiling were his idea, and some of the other things we integrated, some of the menu items were his," said Charles.

Military hats and pictures on the walls of the restaurant will now have to be taken down, as the family packs their belongings before closing the restaurant for good. 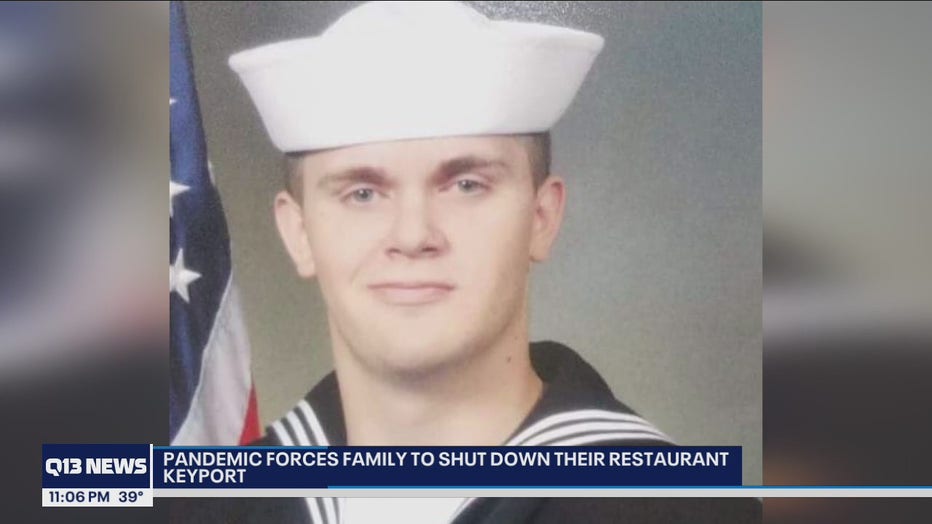 "I applied for every grant that’s possible out there and I got none of them," said Charles. "I was told the Wednesday before Christmas that we had to leave."

Charles said the only relief his restaurant received was for employee wages that were given in back pay.

Community members and long-time customers are stopping by the restaurant to show their final support before Torpedo Town Diner is permanently closed.

"Thank you seems so weak," said Charles of the community support. "It ensures that my people will get their pay, and will get taken care of. I just hope he’s not ashamed of me for closing."

Before opening at their current location, the family had a restaurant on the military base in Keyport for nearly a decade.